Rafia Naaz is a Muslim girl who teaches Yoga in Jharkhand's Ranchi district. 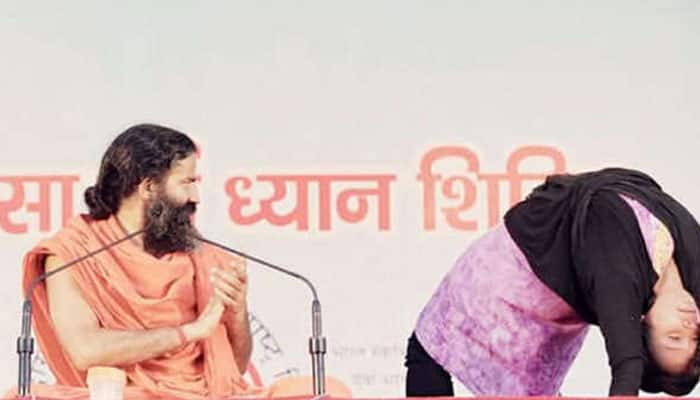 RANCHI: Rafia Naaz, a popular Muslim girl who teaches yoga in Jharkhand, has received death threats from the members of her own community after which the authorities decided to step up security around her.

Reports on Tuesday said that the girl is facing a threat to her life from members of her own community, who have asked him not to teach yoga to anyone.

The matter was brought to the notice of Sanjay Kumar, Principal Secretary to Jharkhand Chief Minister Raghubar Das.

On his instructions, the police stepped up the security of the girl.

Acting on the instructions, Ranchi Senior Superintendent of Police (SSP) Kuldeep Dwivedi even sent a police team to meet the girl.

She has also been provided two security guards - one male and one female – the reports quoting Jharkhand Police said.

A resident of Doranda locality in Ranchi, Rafia Naaz ekes out a living for her family by teaching yoga.

She is the eldest of her siblings and also doing M.Com from a local college.

Naaz rose to fame after she shared the stage with yoga guru Ramdev in the city some time back.

Her family members are scared of threats issued by the members of her own community. She was threatened with fatwa if she continued with her yoga teaching.

"My problem is with members of both communities. On one hand, I am asked not to teach yoga, and on the other, I am asked to change my name so that people do not hesitate to learn Yoga from me," Rafia told reporters.

Naaz, however, said, "I will continue to do yoga and teach yoga till the end of my life."

Body of teen kept at home for 3 days, as tantrik said he would live again