Sandeep Soni, a carpenter from Kanpur, had sought the Prime Minister's help in 2016 in securing the desired bank loan. 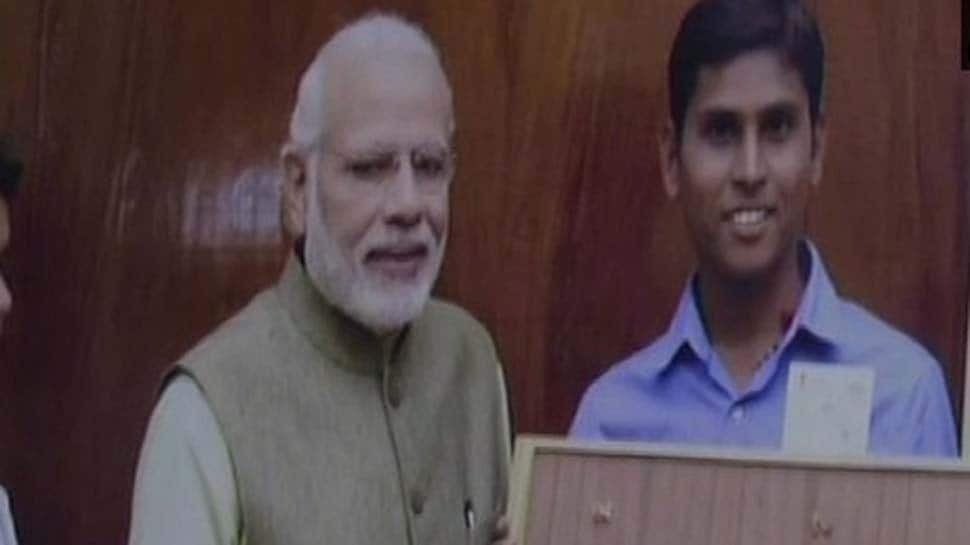 Kanpur: Sandeep Soni, a carpenter from Kanpur's Uttar Pradesh has been denied a loan from bank despite getting Prime Minister Narendra Modi's recommendations in his case.

Soni had sought the Prime Minister's help in 2016 in securing the desired loan from a Bank of Baroda branch.

He, however, regretted that his request for a loan has been turned down by a bank which he had approached.

Soni, a resident of Barra, had inscribed all the 18 episodes and 706 shlokas of Bhagwad Gita on wood and gifted the same to Prime Minister Modi.

Inspired by his work, the Prime Minister Modi then personally recommended him to officials for a loan under Prime Minister Employment Generation Programme (PMEGP) to start a factory.

The 32-year old carpenter has now written a letter to the Prime Minister complaining that he is unable to do business because of the way bank employees are troubling him.

Narrating his ordeal in the letter, Soni claimed that he has been running from pillar to post for more than a year to get the loan.

"They (Bank of Baroda) said that take Rs 10 lakhs and start your work and didn't give me the Rs 25 lakh", Soni was quoted as saying by ANI.

During his meeting with the Prime Minister, the latter encouraged him to start a business of his own since he was highly impressed by the gift which the Kanpur carpenter had presented him on March 08, 2016.

"It's been over a year my work is stuck due to monetary constraints, my project was of Rs 25 lakhs and the bank gave me Rs 10 lakh only, and every other day they (bank) inform me about several rules," Soni said.

Despite all odds, Soni is hopeful that the Prime Minister will address his woes and take strict against the defaulters.