As per sources, the Congress will form a new state committee.

BENGALURU: The All India Congress Committee (AICC) dissolved the Karnataka Pradesh Congress Committee on Wednesday. State president Dinesh Gundurao and working president Ishwar Khandre will, however, continue with their posts. The development comes a day after the party suspended rebel legislator R Roshan Baig with immediate effect for "anti-party" activities. 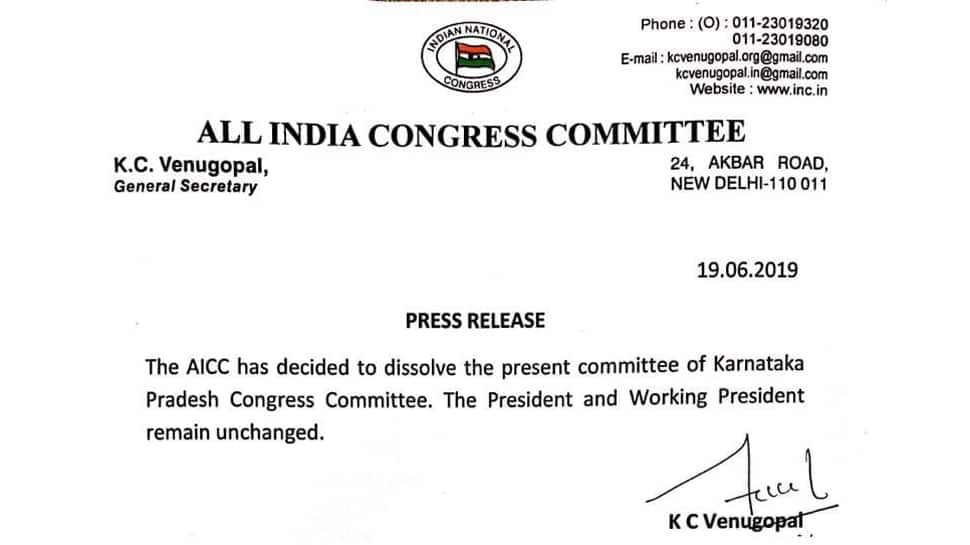 As per sources, the Congress will form a new state committee. The decision to dissolve the KPCC was taken to avoid groupism and create internal factions.

Following its drubbing in the Lok Sabha Election 2019 in Karnataka, where the government won just one seat, Congress has been trying to restructure its state unit, sources added.

Baig, an MLA from Shivajinagar, was suspended on Tuesday. "All India Congress Committee has approved the proposal sent by KPCC to take action against R Roshan Baig, MLA on account of his anti-party activities," the state Congress said in a release. "He has been suspended from the party with immediate effect, on the basis of inquiry conducted on this matter," it said.