By-election will be held on 15 assembly seats in Karnataka on December 5 and results will be declared on December 9. 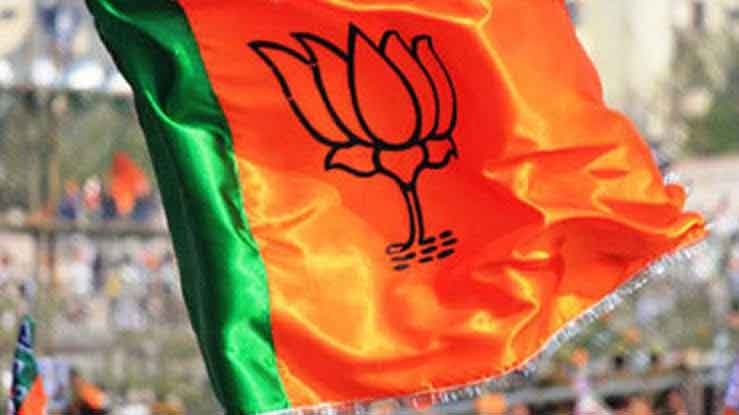 Bengaluru: Results of the 15 assembly by-elections on December 5 would decide the survival of the over 4-month BJP government in Karnataka, as the ruling party is still short of 8-9 seats for even a simple majority (113) in the 225-member House.

Vote count is on December 9.

"Though the Supreme Court allowed the 17 disqualified and former Congress and JD-S legislators to contest in the by-elections, the BJP government`s continuation depends on their victory at the hustings as its candidates. At least 8 of the 15 have to win to save the government from the brink, as they were also responsible for its formation on July 26," a political analyst said.

Upholding the former state assembly speaker K.R. Ramesh Kumar`s July 25-28 orders disqualifying the rebels under the anti-defection law, the three-judge bench, however, allowed them to contest in the by-polls the Election Commission postponed from October 21, as their joint petitions were pending before the top court since August.

"As all the rebels will contest the by-polls on the BJP ticket after joining it on Thursday, the onus will be on them and the ruling party to win at least 8-9 of the 15 seats to continue in office for the remaining over 3 years till May 2023," said the analyst.

The 3 disqualified rebels expelled from the JD-S are A.H. Vishwanath, KC Narayana Gowda and K. Gopalaiah.

By-polls in Muski (Raichur district) and R.R. Nagar (Bengaluru southwest) have been withheld due to litigation in the Karnataka High Court over their results in the May 2018 assembly elections.

"We are upbeat on winning at least dozens seats to ensure not only more than simple majority, but also provide a stable government for the remaining term (over three years) of the present 5-year assembly, as the candidates are strong on their home turf and will contest on a ruling party`s symbol,a BJP`s state unit spokesman G. Madhusudhan said.

With 17 vacancies, the BJP has 104 lawmakers in the current 208-member assembly and support of one independent to have a simple majority of 105 as the halfway mark.

Of the remaining members, the Congress has 66, JD-S 34 and one each of the BSP, speaker and one nominated in the 208-member Assembly.

"As the opposition Congress and the JD-S are contesting the by-elections separately as estranged allies, it will be advantage BJP in a triangular contest with their votes divided vertically," said the spokesman.

Mocking at the BJP`s claims, a Congress spokesman told IANS that it would go all-out to retain the 14 seats it lost after its former legislators resigned a year after they were won in the May 2018 assembly elections on the grouse that the 14-month-old coalition government did not do anything for the development of their constituencies across the southern state.

"We will expose all the turncoats whose disqualification the Supreme Court upheld and allowed them to contest in the by-elections. We will see with what face our former legislators will seek votes from the electorate when they defied the party`s whip and abstained from the assembly on July 23, which resulted in the collapse of our 14-month coalition government after its chief minister resigned for failing to win the trust vote," Congress spokesman Ravi Gowda said.

The Congress on October 31 announced names of eight candidates to contest from as many constituencies and was waiting for the apex court`s judgement to field winnable candidates in the remaining seven assembly segments.

Nominations for all the 15 segments resumed on November 11 and November 18 is the last date for filing them.

"As the apex court upheld the speaker`s decision to disqualify all the 17 members for revolting against the party on whose ticket they contested and won in May 2018 assembly elections, they proved that they were in cahoots with the BJP to bring down our government as they are joining the ruling party to contest in the 15 by-polls on its symbol. The voters will punish them for double standards in public life, with no values or principles," asserted senior Congress leader VS Ugrappa.

The JD-S, whose three rebels resigned and were disqualified and expelled from the party for defying its whip, is scouting for suitable candidates to retain all its 3 seats by contesting against the BJP and the Congress as an alternative party.

"We are looking for winning candidates to defeat our three former legislators who betrayed the electorate as well as our party for their selfish reasons. They will be taught a fitting lesson in the by-polls," JD-S general secretary Ramesh Babu said.

Confident of winning again from his home constituency, former JD-S working president AH Vishwanath said the apex court had vindicated his stand by quashing the speaker`s order to disqualify him for the rest of the assembly term till 2023 and prevent him from contesting in the ensuing by-election.

"I will contest from Hunsur and am confident of winning the by-poll. After the result, I hope to become a minister in the BJP government in the southern state," Vishwanath said on phone.

Hunsur is about 180 km southwest from Bengaluru in the old Mysuru region.