As no holiday was declared officially, schools and colleges opened and bus operations were normal in cities and towns across the state. 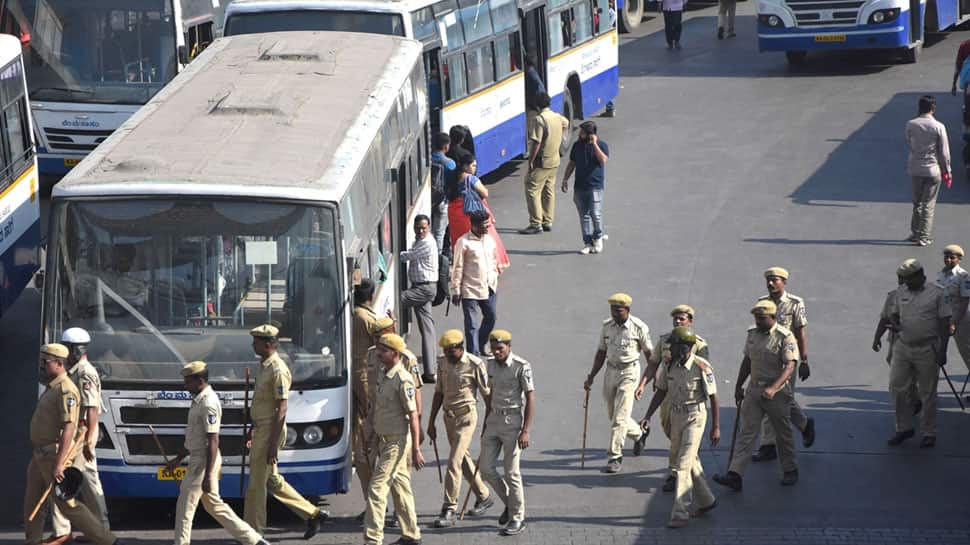 Normal life remained unaffected in Karnataka on Thursday due to tepid response to the day-long bandh call by pro-Kannada outfits, demanding jobs for locals (Kannadigas) in public and private sector units across the state.

"There has been no impact of the day-long shutdown on a normal life in Bengaluru and other cities across the state due to poor response to the bandh call by Kannada activists who want more jobs for the locals in state-run enterprises and private firms, as per the Sarojini Mahishi report," an official told IANS here.

As no holiday was declared officially, schools and colleges opened and bus operations were normal in cities and towns across the state.

"Barring stray incidents of stone-throwing on a couple of buses in Bengaluru, Mysuru and Mangaluru, the shutdown was peaceful due to heightened security and extra vigil by the police with additional forces in public places and ban on staging rallies, said an official of the Chief Minister`s office.

"State government offices, private firms, shops, malls, hotels, factories and commercial markets were open since morning, as the public ignored the shutdown call on a working day," the official said.

With autorickshaw and taxi associations supporting the dawn-to-dusk shutdown, people depending on them for commuting were forced to use buses and metro rail service, like Ola and Ubar cabs were not available as their drivers have kept off the roads.

"The 12-hour shutdown across the state is being observed for implementing the Sarojini Mahishi report, which recommended a majority of jobs to Kannadigas in the public sector undertakings, private firms and multinationals across the state," Karnataka Sanghatanegala Okkoota secretary H. Nagesh told IANS.

The Mahishi report, submitted by former Union Minister Sarojini Mahishi to then Janata Party government in 1986, recommended that a major percentage of employment in the state should be reserved for the local people.

State Director General of Police Praveen Sood directed his officers to maintain law and order and ensure peace across the state during the shutdown.

Attempts by the Karnataka Rakshna Vedike (protection forum) activists to shut shops and eateries in some parts of Bengaluru were thwarted by the timely intervention of the police deployed in the areas.

"Farmers` associations, street vendors and trade unions have, however, extended their support to the shutdown.

"Representatives of the pro-Kannada organisations met Chief Minister B.S. Yediyurappa and submitted him a memorandum demanding the majority of jobs for the locals in public and private sectors, as more people from outside the state were being hired in the state-run undertakings.

State Minister for Kannada and Culture CT Ravi told reporters here that the state government was committed to implementing the report on job priority to Kannadigas.