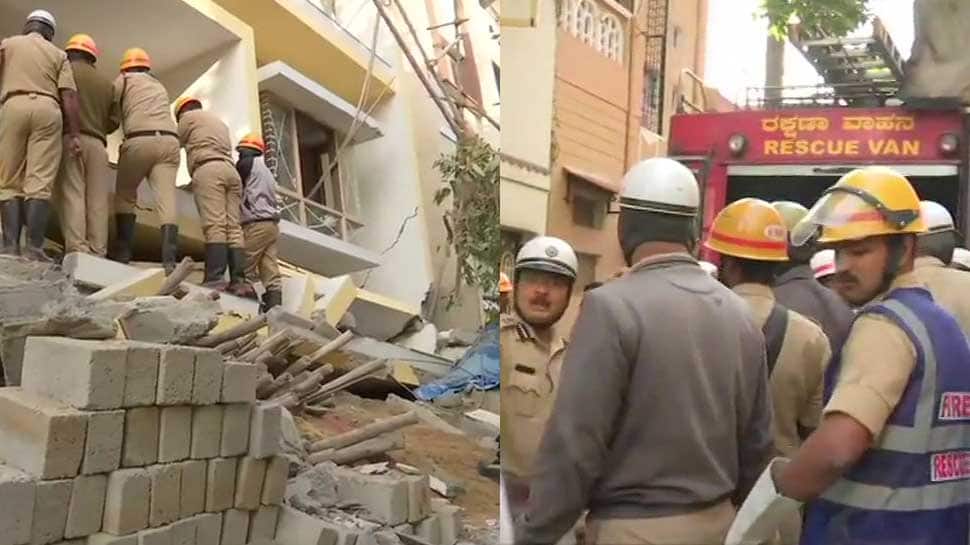 Bengaluru: At least one person died after an under-construction building collapsed in Pulikeshi Nagar, Bengaluru, said reports on Wednesday.

The incident took place at around 6 AM on Wednesday.

The deceased has been identified as Sambu Kumar, a native of Bihar, according to news agency ANI.

According to the initial information, a search and rescue operation is currently underway.

Fire department, NDRF, State Disaster Relief Force and Civil Defence personnel along with a medical team are present at the spot.

At least nine people have been successfully rescued from the debris so far.

#UPDATE Two more people rescued in the incident where an under construction building collapsed in Pulikeshi Nagar, Bengaluru, earlier today. 8 people have been rescued so far. #Karnataka pic.twitter.com/pr1J3kfgYA

A 4-year-old girl is among those rescued by the NDRF and Civil Defence Quick Response Team (QRT) from the debris of the under-construction building in Pulikeshi Nagar.

Efforts are on to locate other survivors trapped under the debris.

Those injured due to the building collapse have been rushed to Bowring and Lady Curzon Hospital.

Several other adjoining buildings have been damaged due to the incident.

Bengaluru mayor Gangambika Mallikarjun said that an extra floor was built which is a violation of rules. I have instructed officials to take strict action and to demolish such buildings.

In February this year, at least two people died and 11 others were injured after a five-storey under-construction building collapsed in Kasavanahalli in Bengaluru.

Senior Congress leaders rush to Karnataka to save coalition government