13 killed in collision of cars in Karnataka's Tumakuru

The mishap occurred when an SUV collided with a car that had crashed against a road divider at Amruthur near Kunigal in Tumakuru district. 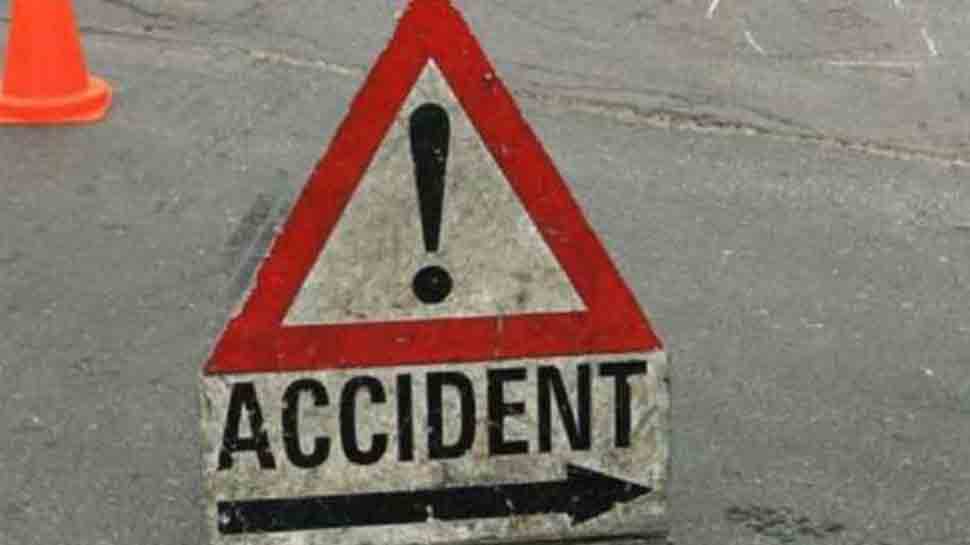 The mishap occurred when an SUV collided with a car that had crashed against a road divider at Amruthur near Kunigal in Tumakuru district, police added.

Twelve of them died on the spot and a child succumbed in a hospital, police said adding they included a four-member family -- man, wife and their two children.
Four critically-injured persons were hospitalised.

Among the dead, 10 were from Tamil Nadu and three from Bengaluru. All of them were pilgrims.

"Thirteen persons (ten in the SUV and three in the car) have died. The incident occurred past midnight. A car crashed against the road divider and another car collided with it," Tumakuru Superintendent of Police (SP) K Vamsi Krishna told PTI.

"While the people in the SUV were returning from thetemple town of Dhramasthala (in Dakshina Kannada district), the four people in the car were on the way to Dharmasthala," Vamsi Krishna said.

Police personnel had to struggle to pull the bodies out from the mangled vehicles.

Tamil Nadu Chief Minister K Palaniswami, condoling the deaths, said the 10 victims, hailing from Chikkanappalli village in Krishnagiri district were returning home when the mishap occurred after a pilgrimage to Dharmasthala.

Five women, three men and two children were killed in the accident.

Palaniswami said he has ordered authorities to send a team of officials including police officers to Karnataka to help identify and hand over the bodies to kin of the victims and facilitate quality treatment to the injured.

"I have ordered a solatium of Rs one lakh to the families of each of the dead and Rs 50,000 to grievously injured from the Chief Minister's Public Relief Fund," he said in a statement.