A massive question mark continues to hover over the HD Kumaraswamy-led Karnataka government. 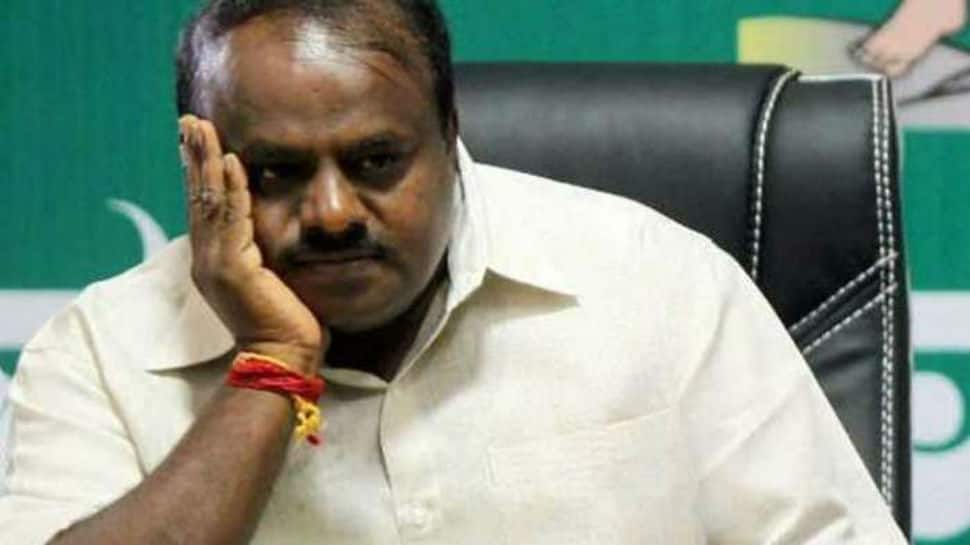 Will they, won't they, can they and can they not are the biggest questions doing the rounds in Karnataka politics as the Congress-Janata Dal Secular government faces the biggest threat to its 13-months' existence here. With defections galore from several MLAs of both parties, the HD Kumaraswamy-led government is on life support with an uncertain future. If the resignations of all 15 dissenting MLAs are accepted, the political landscape of the state may change dramatically.

Karnataka has a 224-member Assembly with the Bharatiya Janata Party the single-largest party with 105 MLAs and the support of two Independents. This is still less than 113, the majority required to form the government. To hit this magic number, Congress and JDS had combined forces after the election in May 2018 to stake claim to form the government. Congress brought in its 79 MLAs but chose to let Kumaraswamy become the CM despite JDS only having 37 seats. The combine also had the support of a BSP MLA, taking the total strength to 117 and over the majority mark.

While the BJP had repeatedly claimed that it was an unholy alliance and that differences between Congress and JDS would only result in a weak government, Kumaraswamy ploughed on - tears and all.

It would take a lot more than tears now to save Kumaraswamy's post and his government if the resignation of all dissenting MLAs are accepted by the Speaker. Congress' number in the Assembly would fall to 69 while JDS would be left with 34 seats. Along with the support of BSP's lone MLA, the number would add up to 104 although it would be 103 technically as the Speaker won't get to vote.  The majority mark required in such a scenario is 106 and with two dissenting Independents already pledging their support, BJP may well hog the spotlight yet again.

Accusations of horse trading have been levelled against the BJP but there have also been widespread reports on how the dissenting MLAs were either not willing to work under Kumaraswamy, or were unhappy at having been ignored for ministerial posts, or both. In a political match for power, the final outcome may well turn out to be an absolute thriller.