Accusing the BJP of being anti-national and communal to ban `Tipu Jayanthi` across the state, the Congress said the ruling party was insulting a great ruler who fought the British for protecting his kingdom. 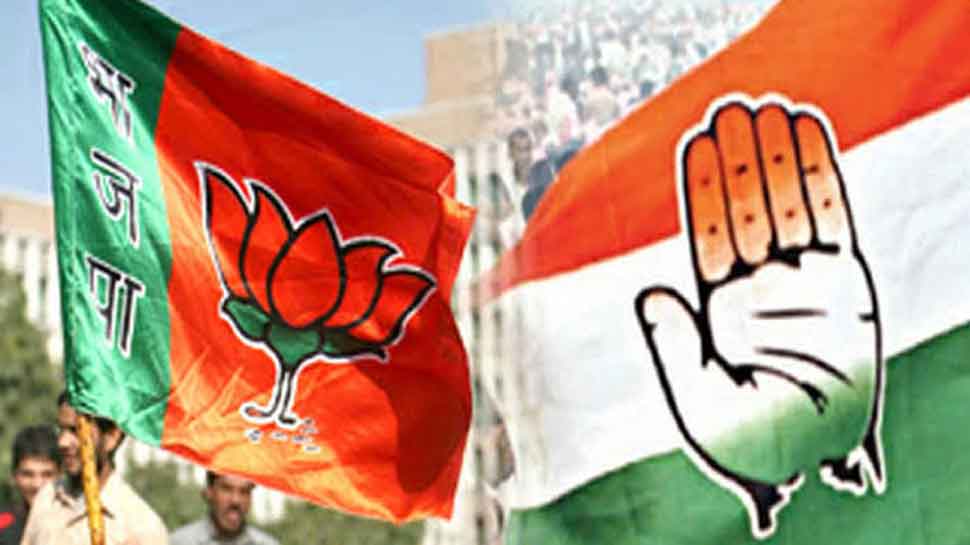 Bengaluru: With the Karnataka government banning the celebration of 18th century Mysore ruler Tipu Sultans 270th birthday on November 10 and mulling to drop history lessons on him from school textbooks, the ruling BJP and the opposition Congress have begun sparring over the controversial king.

"As Tipu was a tyrant and a religious bigot who forcibly converted hundreds of Hindus into Muslims, his birthday should not be celebrated any year as a mark of tribute to all those who suffered or died because of him and his heinous crimes," the Bharatiya Janata Party`s state unit spokesman G. Madhusudan told IANS here.

Accusing the BJP of being anti-national and communal to ban `Tipu Jayanthi` across the state, the Congress said the ruling party was insulting a great ruler who fought the British for protecting his kingdom.

"Tipu was the first freedom fighter who not only fought against the East India Company troops but also laid down his life in the fourth battle of Srirangapatna near Mysore in 1799 than surrender to the invading Englishmen," Congress spokesman Raju Gowda told IANS.

Eldest son of Sultan Hyder Ali, Tipu (1750-1799) was the king of then Mysore region and died in the fourth Anglo-Mysore war in 1799 at Srirangapatna, about 20 km from Mysore, after a series of victories in battles against the British rulers.

The `Tiger of Mysore` also fought against Hindu kingdoms in the Deccan region to protect and enlarge his suzerainty.

Ever since the then Congress government (2013-18) began celebrating Tipu`s birth anniversary as an official event from November 2015, ostensibly to honour him for his valour and patriotic spirit, the BJP, which was in opposition then, has staged protests and held processions in the old Mysore region, especially Kodagu where hundreds of Kodavas suffered persecution during his 17-year reign from 1782-1799.

"The Congress deliberately revived Tipu Jayanthi to appease the minorities and indulge in vote-bank politics. Just to woo Muslims, then chief minister Siddaramaiah ignored our appeals and hurt the sentiments of Hindus whose forefathers suffered or lost their lives for defying the tyrannical king and resisting his forcible conversions," recalled Madhusudan.

Protests by the BJP and the right-wing organisations even led to the death of a Vishwa Hindu Parishad (VHP) member on November 10, 2015 at Madikeri in Kodagu district.

Nestled in the southern Western Ghats region, Madikeri is about 270 km southwest of Bengaluru and a popular tourist destination for most of the year for its salubrious climate.

"Tipu was a traitor and cannot be termed a freedom fighter, as the first war of independence began in May 1857 with the Sepoy Mutiny and ended after 90 years of freedom struggle in August 1947," Madikeri`s BJP legislator Appachu Ranjan told IANS.

Defending Tipu`s celebration, opposition leader in the state Assembly Siddaramaiah, however, said that the erstwhile Mysore king was a great warrior who also fought against the British rulers to protect his people from the invaders.

Slamming the BJP for politicising the Tipu fest, Siddaramaiah said when Chief Minister B.S. Yediyurappa was in the Karnataka Janata Party (KJP) in (2012-13), he wore an attire similar to that of Tipu and also held a sword in his hand to pose for a photograph.

"When former Mangalore and Goa universities` Vice-Chancellor Sheikh Ali wrote a book on Tipu Sultan, BJP leader Jagadish Shettar, who was then chief minister (2012-13), had written a foreword to the book, praising the ruler`s valour . Shettar had called Tipu a patriot. Now, he has changed his tune," recalled Siddaramaiah in Mangaluru on October 23, 2017.

The Janata Dal-Secular (JD-S), however, remained away from the controversy, ostensibly for not offending both the communities.

In November 2018, then Chief Minister H.D. Kumaraswamy of the JD-S stayed away from the state-sponsored Tipu Jayanthi. However, its ally Congress celebrated in Bengaluru and other district headquarters across the state under the aegis of the state Kannada and Culture Department.

Ignoring the BJP`s opposition, when then Congress government decided to go ahead with Tipu Jayanti in November 2016, the Karnataka High Court questioned the state government`s reason as the erstwhile ruler was not a "freedom fighter" like others, who fought for the country`s independence.

"What is the logic behind the state government`s decision to celebrate Tipu`s birth anniversary (Jayanti) as he was only a king and not a freedom fighter," asked then Chief Justice S.K. Mukherjee hearing a Public Interest Litigation (PIL) against the event on November 2, 2016.

K.P. Manjunathja, a citizen from Kodagu filed the PIL opposing the state government`s decision to celebrate Tipu Jayanti as the ruler was a monarch who fought against the British to protect his own kingdom.

Challenging the then Congress government`s decision, the petitioner`s counsel Sajan Poovaiah said Tipu was a tyrant ruler who killed hundreds of people belonging to other communities, including Kodavas, Konkanis and Christians during his 17-year rule.

"Tipu`s rule in Kodagu resulted in conversion of Kodavas to Islam. He was an invader and a dictator and glorifying such a person is a matter of shame," the PIL contended.

"Even the Nizams and other monarchs of then princely states across the country fought against the British during the 18th century and the 19th century to safeguard their own interests," recalled Justice Mukherjee.

"The state government, instead, should celebrate the birth anniversaries of benevolent rulers like the Wodeyars of Mysore and their Diwan (Prime Minister) Mirza Ismail," said Pai in November 2016.

Accusing the government of playing politics over Tipu Jayanti, Pai said celebration of such a ruler would dived the people as Tipu had killed people of different communities and forcibly converted people to Islam.

"I am a Konkani and feel offended that the Congress celebrates somebody`s (Tipu) who did wrong to both communities," lamented Pai.

Pai also recalled that Tipu butchered Coorgis and Christians in Kodagu and Kerala and destroyed Konkani temples near Sultan Bathery and Kasargod in north Kerala.