A day before the trust vote, the Bharatiya Janata Party (BJP) leader expressed confidence, saying he would prove majority with ease. 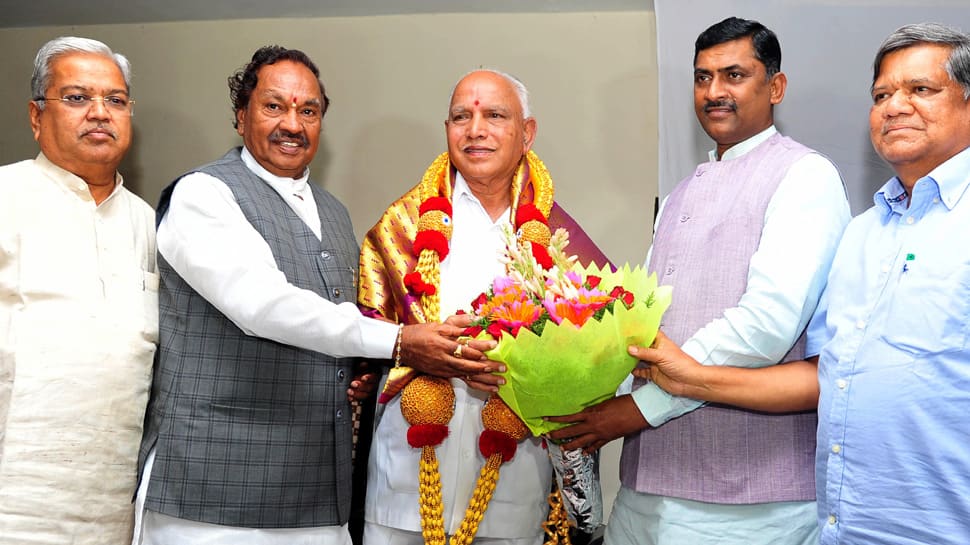 Karnataka Chief Minister BS Yediyurappa is set to face a trust vote on the floor of the House on Monday. A day before the trust vote, the Bharatiya Janata Party (BJP) leader expressed confidence, saying he would prove majority with ease.

The Congress is, however, not leaving any stone unturned in its bid to pose a challenge before Yediyurappa. The party has convened a legislative party meeting ahead of the trust vote in the Assembly. Notably, this comes after Karnataka Assembly Speaker KR Ramesh Kumar disqualified 14 rebel MLAs from the Congress and the JDS under anti-defection law.

Being disqualified, the leaders cannot contest elections till the expiry of term of the 15th Legislative Assembly. The rebels have decided to move the Supreme Court over their disqualification by the Speaker.

The rebel MLAs decided to move the Supreme Court as their joint petitions had sought the top court's directive for accepting forthwith their resignations re-submitted on July 11. This was before the Congress and the JDS issued a whip to them to attend the session on July 23 and long before former chief minister HD Kumaraswamy moved the confidence motion on July 18.

Yediyurappa, meanwhile, is preparing for business in the House as he has declared that his government would table the Finance Bill, prepared by the previous Congress-JDS government, on Monday. The bill will be tabled after moving the confidence motion,

According to the Chief Minister, he has not changed “even a coma or a full stop” in the Finance Minister.

On Sunday, news agency ANI reported that all BJP MLAs had been shifted to Chancery Pavilion Hotel in Bengaluru to ensure there is no defection.

BJP state unit secretary Ravi Kumar on Sunday said that apart from 105 party MLAs, they also have the support of "one or two independent MLAs". He said, "We are confident of proving our majority on the floor of Assembly." He further urged the Congress and the JDS to support the Finance Bill.