"Coordination between officers of both the states (Karnataka and Maharashtra) is essential at this hour and the same need to be achieved forthwith so that any loss to the properties, human and livestock is averted." 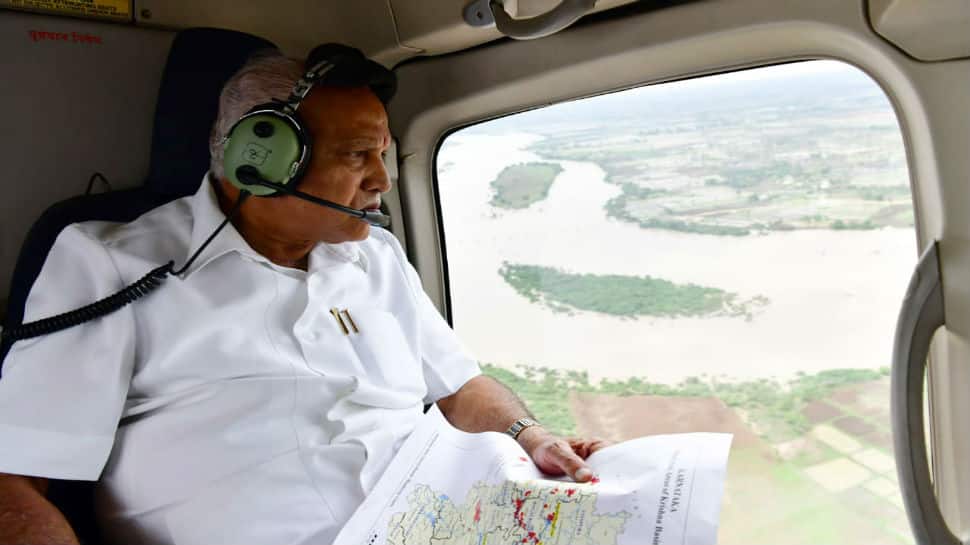 Karnataka Chief Minister BS Yediyurappa on Monday wrote a letter to his Maharashtra counterpart Devendra Fadnavis urging to regulate the flood discharge from the Koyna reservoir.

"It has been observed that the State of Maharashtra has been releasing a huge quantity of floodwater from Koyna reservoir to the Krishna River and its tributaries since last few days. Due to the heavy discharge from Maharashtra reservoir, the northern Karnataka districts are severely affected and the situation is alarming," Yediyurappa said in the letter.

Requesting to direct the concerned authorities of Maharashtra to regulate the flood discharge from the reservoirs of Maharashtra, the Karnataka Chief Minister said, "The discharge shall be regulated in incremental basis and not abruptly releasing the huge quantity. The releases shall be intimated to Karnataka officers well in advance on a regular basis."

He also urged Fadnavis to take action in this regard, he said: "Coordination between officers of both the states is essential at this hour and the same need to be achieved forthwith so that any loss to the properties, human and livestock is averted."

"The outflow from Koyna reservoir has been increased from 20,000 to 50010 cusecs and then from 50,000 to 80,000 and finally to 1.25 lakh cusecs in a span of two days. The districts like Belagavi, Vijayapura, Raichur, Kalburgi and Yadgir severely hit by the flood discharge in the Krishna River," read the letter.Earlier today, Yediyurappa conducted an aerial survey of the flood-affected areas in north Karnataka to take stock of the situation.