Dissenting Congress and JDS MLAs in Karnataka have reportedly had a plethora of reasons to be unhappy ever since the two parties came together to form the state government. 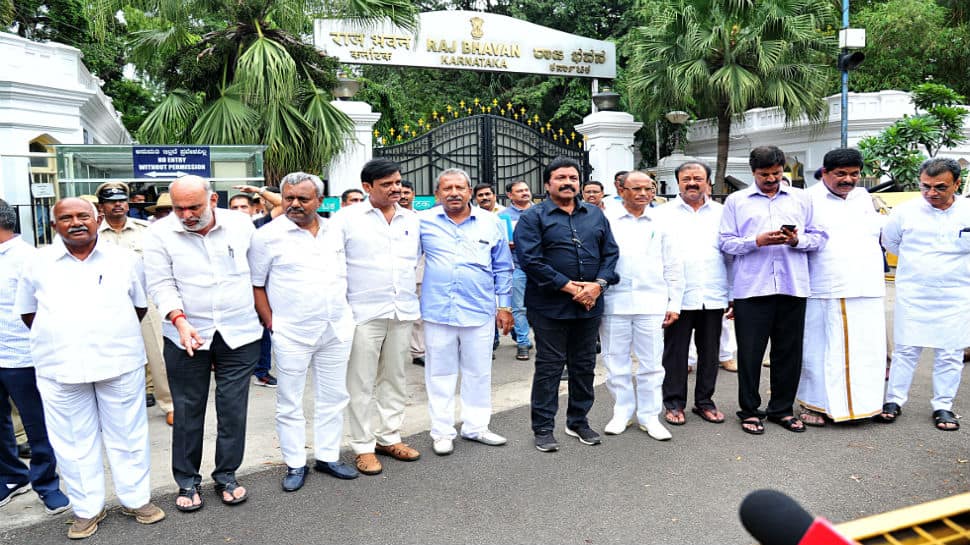 Congress and Janata Dal Secular fought Karnataka Assembly elections in May of 2018 as political rivals but joined hands soon after the results to oust the Bharatiya Janata Party - the single-largest party which, however, fell short of the majority mark. If both parties felt at the time that their troubles were in the past, they felt wrong as internal bickering has defined the coalition government under HD Kumaraswamy more than any work done at the ground level. And now, the state government faces its biggest challenge with 11 MLAs tendering their resignations.

Eight MLAs from Congress and three from JDS have tendered their resignations to Karnataka Assembly Speaker KR Ramesh. These MLAs are AH Vishwanath, Ramesh Jarkiholi, Somashekar, Pratap Gouda Patil, Gopaliah, BC Patil, Mahesh Kumtahallli, Narayana Gowda, Byrati Basavaraj, Shivram Hebbar and Ramalinga Reddy. Most of these MLAs were reportedly unhappy with their respective parties for their own set of reasons ever since Congress and JDS came together in Karnataka.

Within Congress' state unit, for instance, it is reported that most of the dissenting MLAs have been extremely unhappy with the coalition government and how it has worked in Karnataka. Most of these MLAs are also unhappy that they were ignored for ministerial posts. The most significant among these is Ramalinga Reddy who was the home minister in the previous state government under Siddaramaiah but was not made a minister in the government under Kumaraswamy. He is believed to be leading three Congress MLAs on the exit route from the party. Sources say that Reddy may still reconsider his decision to resign if Siddaramaiah is made the CM.

The other dissenting camp within the Congress is being led by Ramesh Jarkiholi who too was a minister only to be replaced by his own brother Satish. Angered by this decision, Ramesh has repeatedly threatened to quit in the past. Now, he is leading four dissenting MLAs and it is suspected that he could join the Bharatiya Janata Party if and when his resignation is accepted.

The tale of displeasure and dissatisfaction echoes within the JDS as well where the H Vishwanath is leading the dissent of three MLAs. He had played a crucial role in bringing Siddaramaiah to Congress fold but left the party for JDS when Siddaramaiah became influential. Here, Vishwanath was made the state unit chief of the party but was otherwise ignored - especially when it came to ministerial posts. It is believed that Vishwanath, therefore, wants the present coalition government to collapse.

Now, it could all boil down to how the numbers stack up in the Karnataka Assembly in case all the resignations are accepted by Speaker Ramesh Kumar, possibly on Tuesday. One Congress MLA - Anand Singh - had already resigned last Monday. Eight more have followed from Congress, apart from three JDS MLAs. If all 12 resignations are accepted, the Congress-JDS combine could come down to 103, a number that is not only less than the majority mark but also less than the 105 seats BJP enjoys in the Assembly.

Meanwhile, the eight Congress MLAs who have resigned are in a Mumbai hotel where they are expected to be joined by the three dissenting JDS MLAs. In Karnataka, both Congress and JDS have begun hectic meetings in a bid to save the government here. CM HD Kumaraswamy is also expected to return from his private visit to the United States by late Sunday evening.