The accused was immediately arrested by the police after the incident. 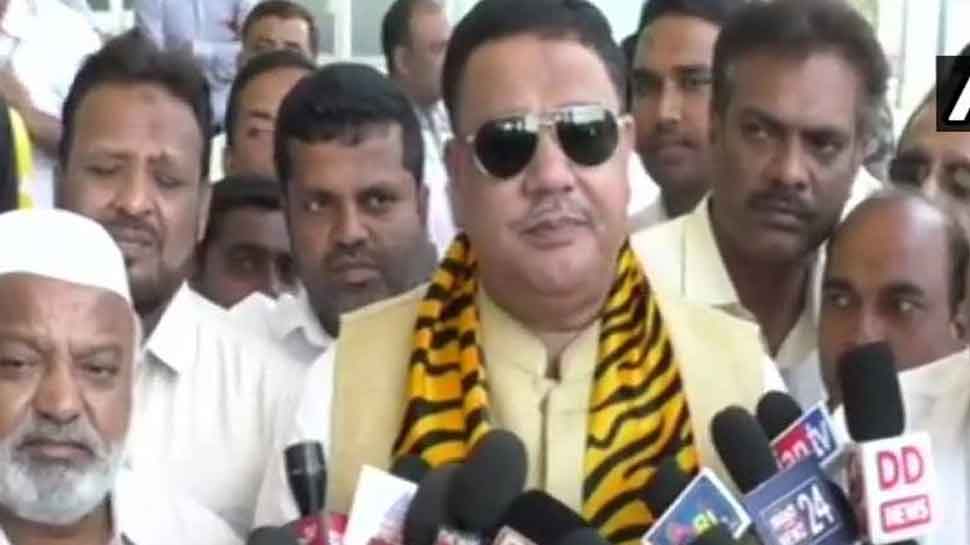 New Delhi: Congress MLA Tanveer Sait was attacked by an unknown person with a sharp object on neck while he was attending a wedding ceremony in Karnataka's Mysuru. The incident took place in the wee hours on Monday. The Congress leader was immediately rushed to a private hospital in Mysuru where he underwent a surgery. According to the police, he is said to be out of danger. Although, there has been no official confirmation from the hospital.

The accused was immediately arrested by the police after the incident. He has been identified as 24-year-old Farhan Pasha from Mysuru and is a handicraft artisan. The reason of the attack is not yet known.

Karnataka: Congress MLA Tanveer Sait was attacked with a sharp knife by a man, Farhan, during an event y'day in Mysuru. The MLA was admitted to a hospital & the attacker was taken into police custody. The reason behind the attack is yet to be ascertained. Investigation underway. pic.twitter.com/NH813Fic50

Sait is an MLA in Mysurus's Narasimharaja constituency. He was also a minister in the Siddaramaiah-led Congress government in the state.

The Narasimharaja Police who took the accused into custody booked a case under Section 307 of the Indian Penal Code and charged him with an attempt to murder.

In the meantime, the police has beefed up the security outside the hospital as a large number of supporters gathered upon receiving the assault news.