Reacting to reports of Congress MLAs in the state claiming that Siddaramaiah was their sole leader, Kumaraswamy said it is for the Congress leaders to deal with the issue at hand. 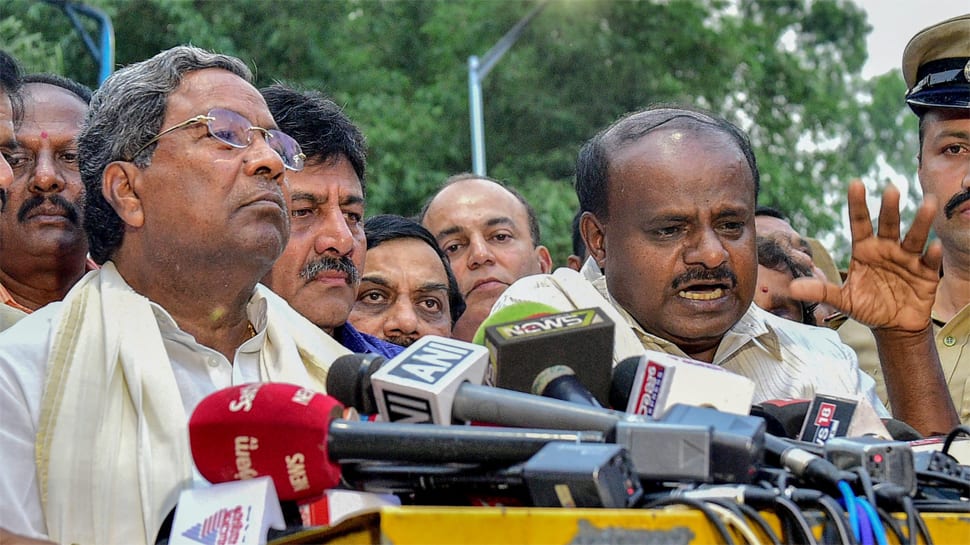 The uneasy alliance between JDS and Congress in Karnataka received yet another jolt when chief minister HD Kumaraswamy warned Congress MLAs not to cross the line in their support for former state CM Siddaramaiah.

Reacting to reports of Congress MLAs in the state claiming that Siddaramaiah was their sole leader, Kumaraswamy said it is for the Congress leaders to deal with the issue at hand. "They are crossing the line. Congress leaders must control their MLAs," he told news agency ANI on Monday. "I am not the concerned person for it. If they want to continue with it, I am ready to step down."

Deputy CM G Parameshwara, however, played down the entire matter even as he maintained that Siddaramaiah was the best CM Karnataka had ever had. "Siddaramaiah has been best CM. He is our CLP leader. What is wrong in expressing opinions," he said while adding that there are no complaints against Kumaraswamy as CM either.

A number of Congress MLAs, including Yeshwanthpur legislator ST Somashekhar and state housing minister MTB Nagaraj, have said in the recent past that Siddaramaiah continues to be their sole leader. At a recent event, Somashekhar had said that the current state government had not done anything in the seven months since the elections and that Siddaramaiah was responsible for development works. Karnataka Congress in-charge KC Venugopal, meanwhile, has asked Congress to send a show cause notice to Somashekhar, asking him to clarify his remarks.

Meanwhile, Siddaramaiah himself has said that he would have liked the opportunity to have another term as state CM - adding fuel to the fire that has been simmering ever since JDS and Congress united to upstage BJP and form the government in May of last year.