The JDS chief asserted that the government headed by his son HD Kumaraswamy was stable and not at the mercy of any political party but of god. 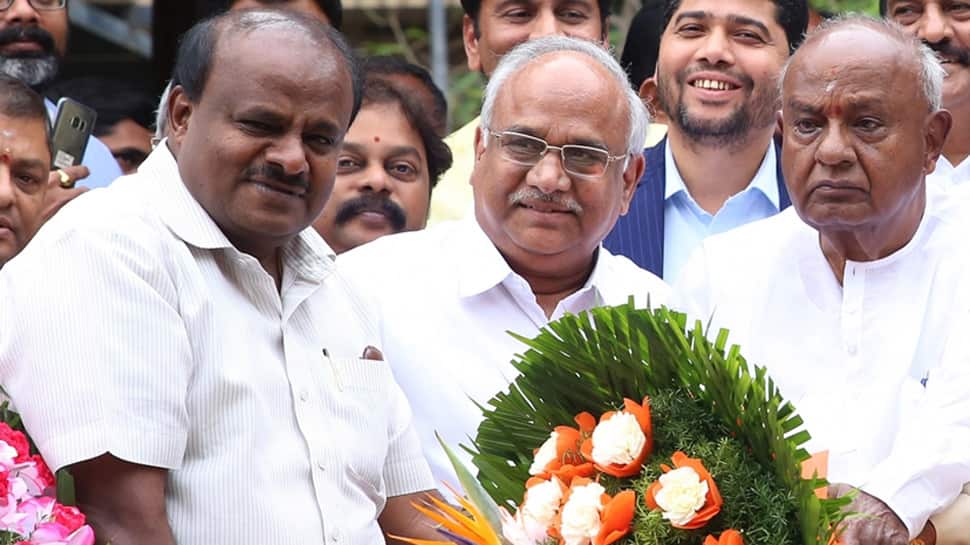 "The two MLAs (who withdrew support from Karnataka government) are not affiliated with any party. They are independents. There is no need to hype it up so much. It is all a media hype," he said.

The JDS chief asserted that the government headed by his son HD Kumaraswamy was stable and not at the mercy of any political party but of god. "It is not in anybody's hands, including the media. However much you cry hoarse, nothing will happen because it is in the hands of God. When a party (JDS) of 38 MLAs gets the blessings of a national party (Congress), it is all the wish of God," Gowda added.

He also criticised Prime Minister Narendra Modi over allegations that Rs 60 crore and ministerial positions were offered to the MLAs of the ruling coalition by the BJP. "Does it look good that a national party (BJP) is hoarding its 104 MLAs? I am not talking about Amit Shah, but Modi, who talks a lot throughout the day," he said.

In a significant development in Karnataka politics, two Independent MLAs H Nagesh and R Shankar had on Tuesday withdrawn support from the HD Kumaraswamy led Congress-JDS government. After their exit, the MLAs pledged their support to the Bharatiya Janata Party (BJP), giving fuel to allegations of horse trading flung by the ruling coalition at the saffron party.