The state government declared a three-day state mourning and all schools, colleges and government offices will remain closed owing to Swamiji's demise. 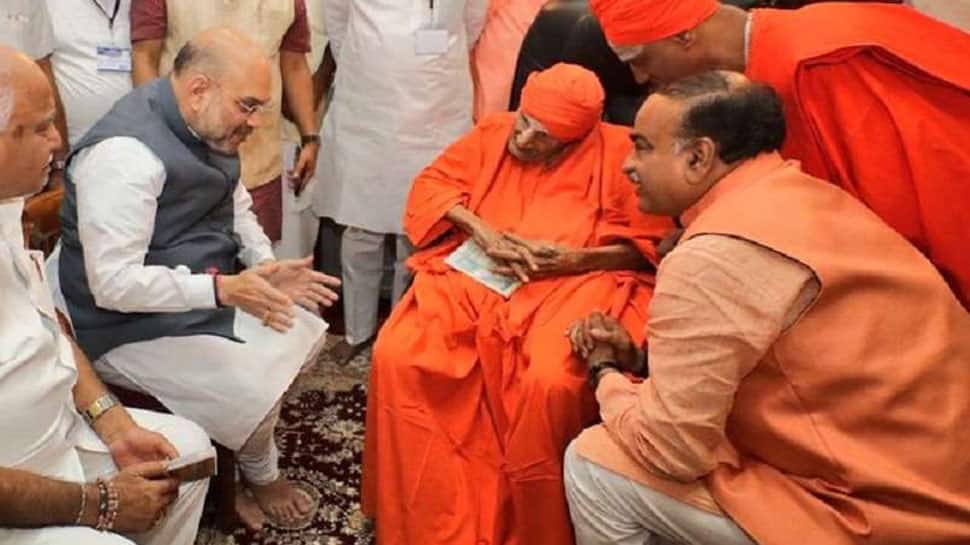 Bengaluru: Devotees and saints in huge numbers paid tribute to Shivakumara Swami, seer of Sree Siddaganga Mutt, in Karnataka's Tumkur. The Lingayat religious head of Siddaganga Math died on Monday at the age of 111 after battling a lung infection for several days.

Karnataka: Devotees and saints, in huge numbers pay tribute to Shivakumara Swami of Siddaganga Mutt in Tumkur. He passed away at the age of 111 yesterday. pic.twitter.com/Rh1i4zkeBV

Nadedaduva Devaru (walking god), as he was fondly referred to, was on ventilator support.

A highly revered seer and practitioner of the Lingayat-Veerashaiva faith of Lingayatism, Swamiji, breathed his last at 11.44 am. His last rites will be performed on Tuesday at 4.30 pm.

Swamiji was being treated for a lung infection which he developed after an operation on December 8. The operation was carried out to treat his liver and bile duct infection.

The state government declared a three-day state mourning and all schools, colleges and government offices will remain closed owing to Swamiji's demise.

Born in Veerapura in Karnataka's Ramanagara district on April 1, 1907, the pontiff of Sree Siddaganga Mutt founded the Sri Siddaganga Education Society. He was proficient in Kannada and Sanskrit.

The demise was condoled by President Ram Nath Kovind, Prime Minister Narendra Modi, Congress president Rahul Gandhi and a host of other leaders, who hailed him as a saint who worked for the upliftment of the poor and vulnerable.