Both Siddaramaiah and the woman were speaking in the Kannada language. 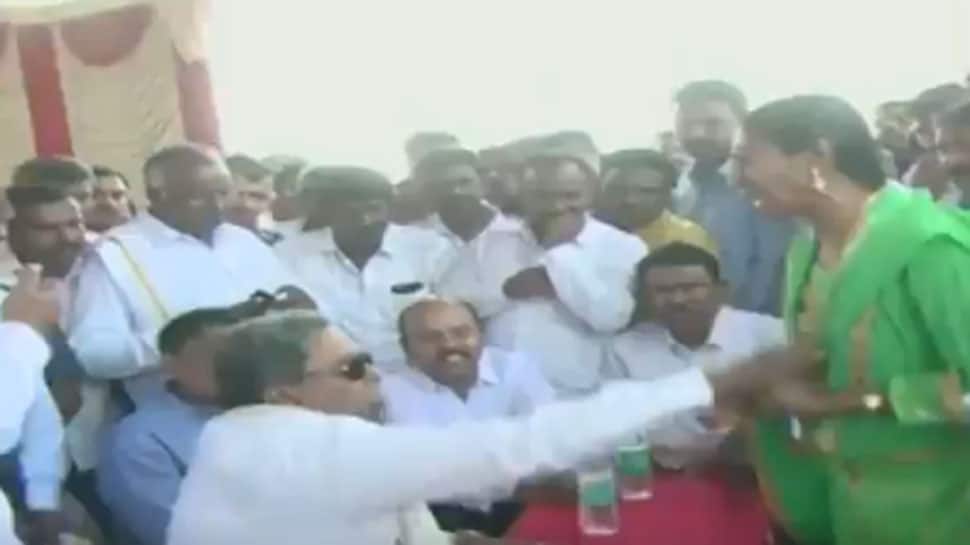 Bengaluru: Former Karnataka chief minister and senior Congress leader Siddaramaiah was caught on camera misbehaving with a woman at a public meeting in Mysuru. In the video, a woman is seen complaining to Siddaramaiah while the Congress veteran instead of listening to her could be seen in an agitated mood.

The woman, in the video, was complaining about revenue department workers. While trying to shut the woman up, the Congress leader tried to snatch the mic and while doing so also pulled her dupatta.

Attacking Siddaramaiah for his behaviour, Union Minister Prakash Javadekar said that Congress chief Rahul Gandhi should look into the matter. "Rahul Gandhi should tell what he'll do with him. This is a crime, the way he abused her. That's how they see women, they haven't changed since the tandoor case. They only respect women from one family."

However, Congress defended the former CM and said that whatever happened wasn't intentional. "Sometimes when people start asking questions in a rough way and after hearing them out when they don't stop, you want to pull the mic. When pulling the mic the dupatta came along with. There was no such intention," Dinesh Gundu Rao said.