Congress-JDS government in Karnataka collapsed after losing the trust vote in the Assembly. Both Rahul and Priyanka chose to launch scathing attacks against the BJP. 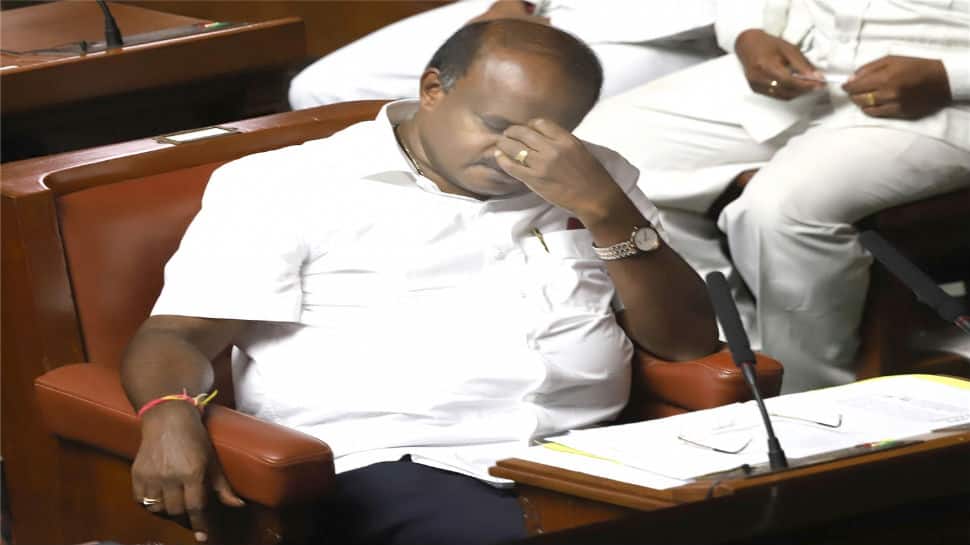 Dismay and dejection were amply evident on the faces of Congress leaders after HD Kumaraswamy lost a crucial trust vote in Karnataka Assembly on Tuesday evening. While this has spelt doom for the coalition government of Congress and Janata Dal Secular, Rahul Gandhi took an indirect dig while Priyanka Gandhi Vadra launched a direct attack at the Bharatiya Janata Party for the eventual outcome.

The coalition government of the two parties came apart after it could only muster 99 votes against BJP's 105 in the trust vote inside Vidhana Soudha. This brought an end to weeks of political drama in the state which saw several MLAs from both Congress and JDS tendering their resignations. In a clear bid to renew the charge against the BJP and allege that the saffron party had engineered defections, Rahul said that the result of the trust vote was an outcome of vested interests at play. "Their greed won today. Democracy, honesty and the people of Karnataka lost," he said. "From its first day, the Cong-JDS alliance in Karnataka was a target for vested interests, both within and outside, who saw the alliance as a threat and an obstacle in their path to power."

Priyanka also echoed Rahul's thoughts. "One day the BJP will discover that everything cannot be bought, everyone cannot be bullied and every lie is eventually exposed," she said. "Until then I suppose, the citizens of our country will have to endure their unbridled corruption, the systematic dismantling of institutions that protect the people’s interests and the weakening of a democracy that took decades of toil & sacrifice to build."

Congress and JDS had joined forces despite fighting Karnataka state elections in 2018 as rivals. After BJP, the single-largest party, failed to muster up the numbers, Congress - the second-largest party - had even offered to let Kumaraswamy be the CM. There have been scores of allegations of rifts within the alliance with numerous reports of bickering between leaders of Congress and JDS. Since the resignation of rebel MLAs from both parties, however, Congress and JDS worked together to save the coalition. When almost every single effort failed to ease the friction, accusations of horse-trading were hurled at BJP.