The rough weather conditions will prevail till Friday, July 26. 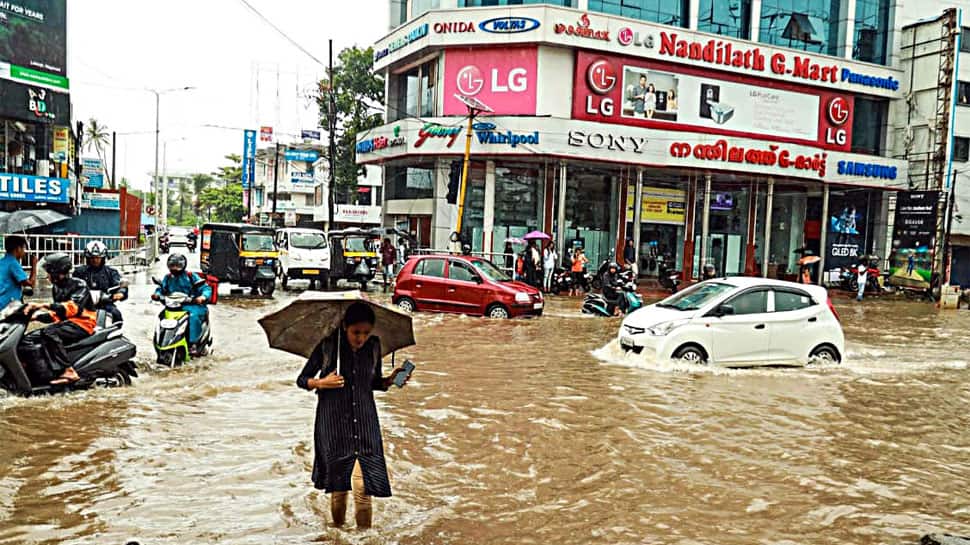 Kozhikode town being waterlogged after a heavy downpour in Kerala on Friday. (ANI Photo)
Share:
Written By:

Thiruvananthapuram/ Bangalore: Heavy rains accompanied with strong winds and thunderstorms will lash several parts of Kerala and Karnataka in the next 24 hours. The India Meteorological Department (IMD) has issued a red alert for Kannaur and Kasaragod districts for Tuesday. An orange alert has been declared in Kozhikode, Malappuram and Wayanad districts, and yellow alert for Palakkad, Thrissur, Ernakulam, and Idukki districts.

Warning about the Karnataka coast, Kerala coast and Lakshadweep Area, the weather deparment added, “Sea condition will be rough to very rough.”

Fishermen have been advised not to venture into the sea for the next few days.

The rough weather conditions will prevail till Friday, July 26. A holiday has been declared in schools and educational institutes in Kannur, Kasargod and Malappuram districts.