The sleuths went through documents, files, ledger books, and seized a huge cache of cash and gold. 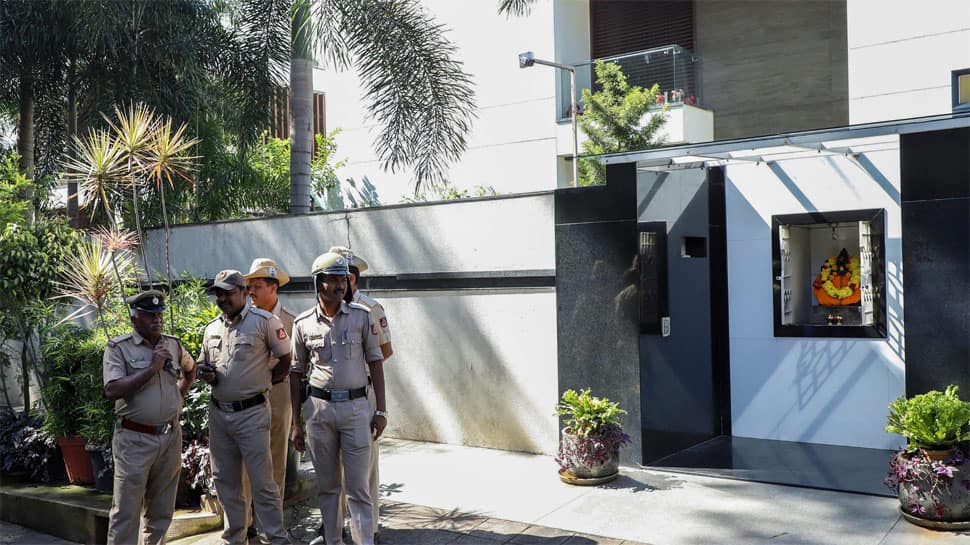 In a simultaneous swoop down, the I-T officials began the raids Thursday morning on the properties of film actors Shiva Rajkumar and his brother Puneeth Rajkumar, sons of Kannada thespian late Rajkumar, and Sudeep and Yash.

The film producers who were raided are C R Manohar, 'Rockline' Venkatesh and Vijay Kirigandur.

With no relief to the actors and producers on the second day as well, the Income Tax officials expanded the scope of the raid by searching the premises of their close friends and relatives, I-T sources said.

The sleuths went through documents, files, ledger books, and seized a huge cache of cash and gold, they said.

Meanwhile, supporters of Shiva Rajkumar staged a demonstration outside his Manyata Techpark residence, protesting against the raid.

Sudeep had expressed his apprehension Thursday that the raids could be linked to three blockbuster movies 'KGF', 'Villain' and 'Nata Sarvabhouma'.

Both actors have been delivering blockbuster movies.

Sudeep, who anchored the Kannada version of 'Big Boss', was hailed for his role in the movie 'Eega' - Makkhi in Hindi - and the multi-lingual 'Baahubali', which broke new grounds in Indian cinema and created records in box office collections.

The film hit 2,460 screens all over the country on December 21 and is reportedly a box office hit, not only in Kannada, but also in the Hindi and Tamil versions.

He has produced Kannada and Telugu movies.

His latest movie was 'The Villain', starring Shiva Rajkumar, Sudeep and Mithun Chakraborty.

I am also an Accidental Prime Minister: Deve Gowda amid row over Anupam Kher starrer