In his resignation letter, Nagesh writes that he would be willing to support a BJP government if the Karnataka Governor calls for it. 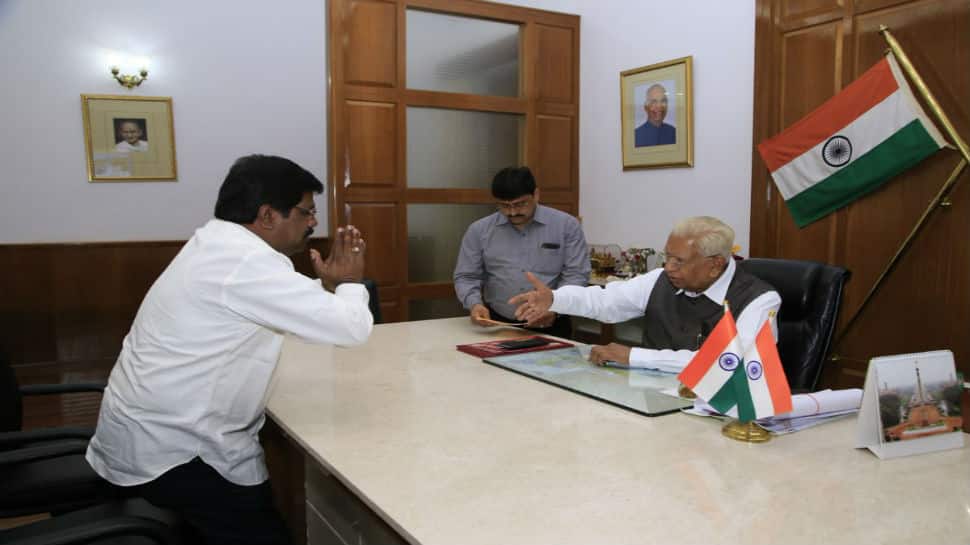 In yet another blow to the Congress-Janata Dal Secular alliance in Karnataka, independent MLA Nagesh on Monday resigned as minister and withdrew his support to the state government under CM HD Kumaraswamy. 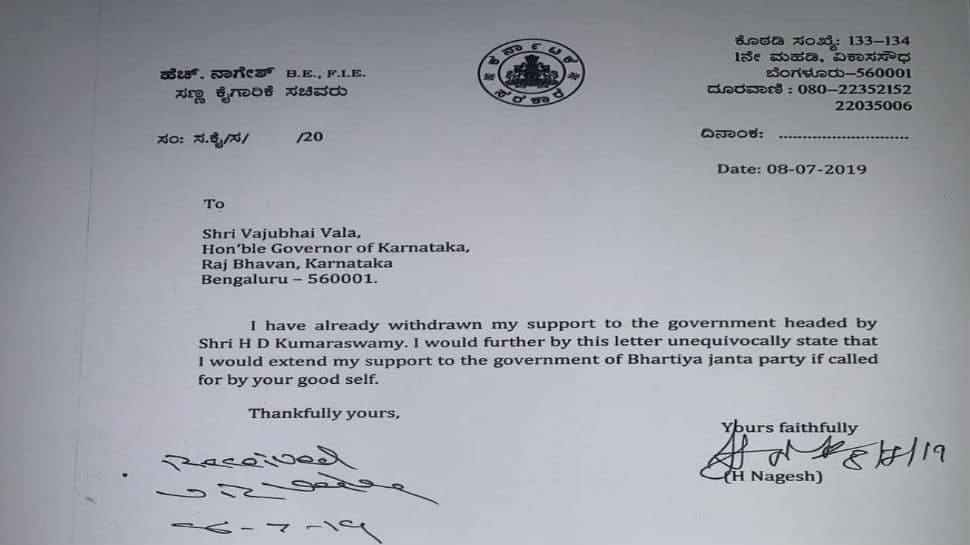 The latest resignation comes as yet another blow to the state government which is facing the biggest challenge in the 13 months of its existence. As many as 13 MLAs from Congress and JDS had already tendered their resignations and if these are accepted, the coalition could be dealt with a massive blow. This is because if all of these resignations are accepted, the strength of the Assembly will come down to 210. The Bharatiya Janata Party has 105 seats in the Assembly, one short of the new majority that may be required and any subsequent resignations from the Congress-JDS camp could bring back the saffron party to power here.

The support of Nagesh too could be vital for the BJP, a party that has been accused by Congress of engineering the crisis. Several top Congress leaders, including Mallikarjun Kharge, have said top BJP leaders are undermining democracy and causing defections. This is a charge that has been vehemently denied by the BJP.

The BJP has also lambasted suggestions from Congress that the Governor's office could be used for the saffron party's political gains in Karnataka. "When Congress was ruling at the Centre, they were using the Governor’s office for their party. BJP has no culture of using Governor’s office," said R Ashok, state BJP leader.

Meanwhile, Congress and JDS leaders continue to remain in a close huddle even as a majority of the dissenting MLAs from both parties remain camped in Mumbai. Congress MP DK Suresh has said that all state ministers from his party could resign in what is being regarded as a way of giving ministerial berths to dissenting party MLAs. Sources have also told Zee News that JDS may vacate the CM's post for Congress if it results in the survival of the shaky coalition government.

For now, both Congress and JDS are as intent on placating their dissenting MLAs as they are on ensuring there are no further resignations that could drive a nail in the proverbial coffin of the present state government.