Several offices and commercial buildings such as malls, markets etc were shut as several Karnataka organisations called a state-wide bandh on Thursday. 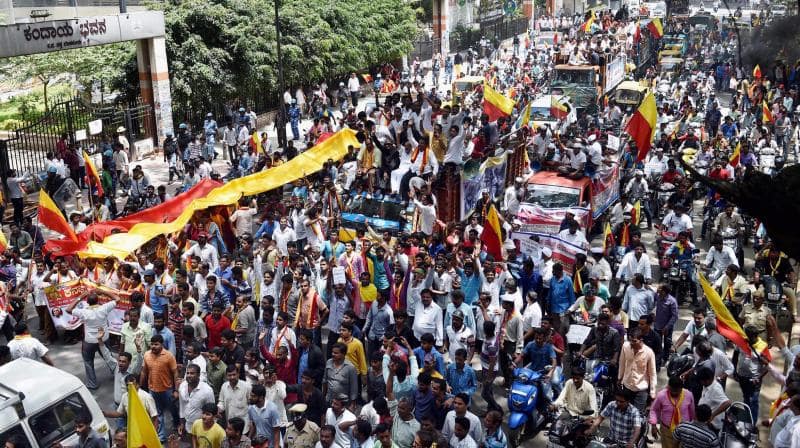 Bengaluru: Several offices and commercial buildings such as malls, markets etc were shut as several Karnataka organisations called a state-wide bandh on Thursday.

Several firms including IT giant Wipro has declared a holiday for employees.

“On account of the shutdown called by various organizations, as a precautionary measure, Wipro Limited has declared holiday for employees in Karnataka today. Business Continuity Plans have been invoked to avoid disruption to mission critical project,” said the company in a statement.

All government and private schools and educational institutes will also remain shut. To make up for the loss of the day, schools have been directed by Bengaluru deputy commissioner to work for a full-day either on February 3 or 10, both of which are Saturdays.

Most public transport services and taxis are expected to continue normal services. Bengaluru Metro train services will also be fully operational. However, autos will not operate.

Nearly 15,000 policemen and 50 battalions of Karnataka State Police will be deployed on Thursday.

The 77km-long Mahadayi or Mandovi river, which flows through Karnataka and Goa, is at the centre of the issue. Since 2001, Karnataka has been asking Goa to release 7.6 tmcft (thousand million cubic feet) of the river water.