Opposition parties thronged the well of the House, demanding that they be allowed to raise the matter and forcing repeated adjournments. 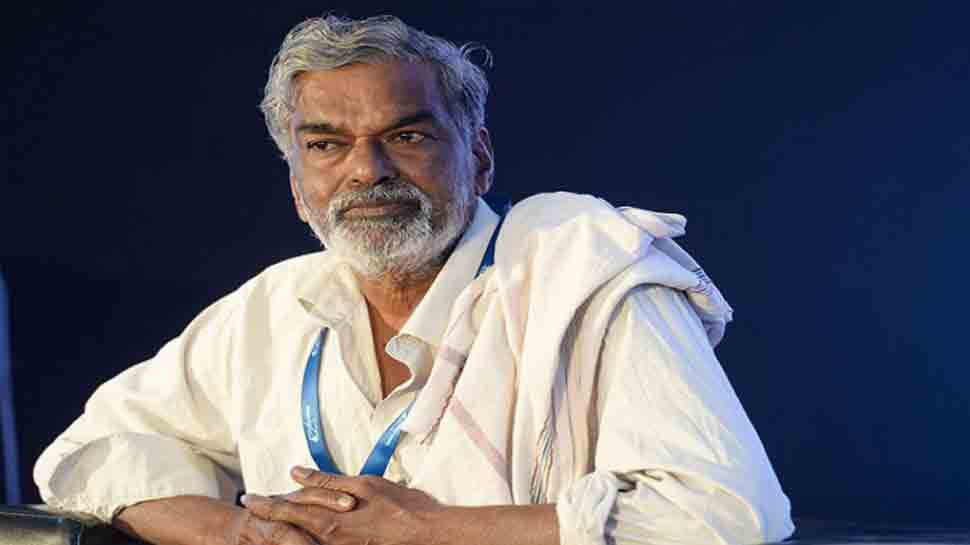 Opposition parties thronged the well of the House, demanding that they be allowed to raise the matter and forcing repeated adjournments.

The ruling BJP opposed attempts by the Leader of Opposition Siddaramaiah to raise the issue, without any prior notice.

The House also witnessed Chief Minister B S Yediyurappa replying to the debate on motion of thanks to the Governor for his address to the joint sitting of the state legislature, and also the motion getting adopted with voice vote, amid sloganeering by opposition members from the well.

Yatnal's recent comments against Doreswamy calling him a 'fake freedom fighter' and 'Pakistani agent' has sparked a row with opposition parties up in arms against him in the last few days.

The Congress has even been demanding revocation of his assembly membership.

According to Congress leaders, Yatnal's comments are in violation of the constitution as by disrespecting a freedom fighter like Doreswamy, he had disrespected the freedom movement, which is in "violation of our fundamental duties."

Yatnal has made it clear that there was no question of him withdrawing his statements against Doreswamy and even called him a 'mouth piece' in favour of the JD(S) and Congress.
Several BJP legislators have come out in defence of the Vijayapura city MLA, questioning the Congress and the freedom fighter for their alleged comments against Prime Minister Narendra Modi and Veer Savarkar.

As the House met for the day, the first day of the budget session, soon after the obituary reference to departed personalities, Siddaramaiah tried to raise the issue by terming it as a matter of "urgent public importance."

He said the Speaker can allow him to raise the matter under residual powers that the Chair has.

However, Speaker Vishweshwar Hegde Kageri, disallowing him, said he will go by the agenda, according to which, Chief Minister's reply to the Governor's address has been listed, and only after it is completed, he will consider the issue that Siddaramaiah was trying to raise.

Siddaramaiah, however, continued to raise the issue and alleged that Yatnal has made derogatory remarks against Doreswamy and has even reiterated it.

Law and Parliamentary Affairs Minister JC Madhuswamy and Home Minister Basavaraj Bommai then asked the Chair as to under which rule Siddaramaiah was raising the issue.

Minister C T Ravi questioned Siddaramaiah and Congress legislators supporting him, about comments made against the Prime Minister and freedom fighters like Veer Savarkar. Several members from the treasury benches too objected to Siddaramaiah trying to raise issues, without giving prior notice.

Responding to it, Siddaramaiah said the Speaker has certain inherent and residual powers, exercising which he can permit him.

He continued to refer to comments made by Yatnal and the ruling side again objected to it, leading to heated exchanges.

The Speaker then intervening, allowed the Chief Minister to reply to the motion of thanks to the Governor for his address and said he will look into the matter raised by Siddaramaiah only after that.

Protesting against this, Siddaramaiah led his party members to the well of the House. JD(S) members too followed.
Slogans like 'jai to freedom fighters', 'save democracy and constitution', 'down down British agents' reverberated in the House, as Yediyurappa read out his reply to the Governor's address.

After Yediyurappa concluded his reply, the motion of thanks was put to vote and adopted, amid sloganeering by the opposition. The Speaker then adjourned the House for 30 minutes.

With opposition members continuing to protest from the well when the House met again, Speaker Kageri adjourned the House for lunch, saying he will speak to floor leaders to discuss how the stalemate could be resolved.