Karnataka Congress Legislature Party leader Siddaramaiah has directed all MLAs to be present at the meeting. 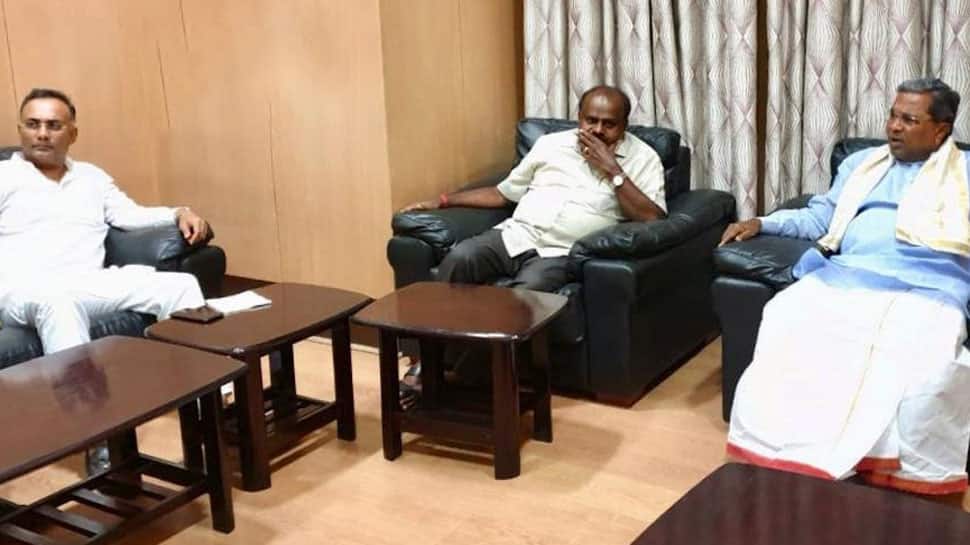 Bengaluru: Karnataka Congress Legislature Party (CLP) is all set to meet on Wednesday (May 29) amid reports of a rift between Congress and Janata Dal (Secular) alliance in the state. According to sources, top Congress leaders Ghulam Nabi Azad and KC Venugopal rushed to the state capital to diffuse the simmering tension in the coalition.

The meeting would be held at a Bengaluru hotel at 6 pm on Wednesday to discuss the current political developments. In a letter to party MLAs, including members of the legislative council, Lok Sabha and Rajya Sabha, CLP leader Siddaramaiah directed all members to be present at the meeting.

"All MLAs should be present at the meeting without fail and give valuable suggestions," it said, adding that Deputy CM G Parameshwara, Pradesh Congress President Dinesh Gundu Rao, among others, would be present, quoted news agency PTI.

The Congress-JD(S) alliance faced a rout in the recent Lok Sabha polls with both parties managing to win just one seat. Congress won Bangalore Rural but lost 20 seats, including 9 where the outgoing members re-contested. Ally JD(S) retained Hassan and lost six seats.

Amid growing discontent within the parties, with several MLAs have blamed the alliance for "worst ever" performance, coalition leaders fear BJP may poach its MLAs taking advantage of the situation.

BJP's Karnataka chief B S Yeddyurappa said it would be "better" if the ruling Congress-JD(S) coalition in the state dissolves the Assembly and goes for fresh polls. Yedurappa is likely to be in Delhi on Wednesday to meet BJP top brass and discuss the situation.