The CLP meeting was attended by 76 out of 79 Congress MLAs in Karnataka. 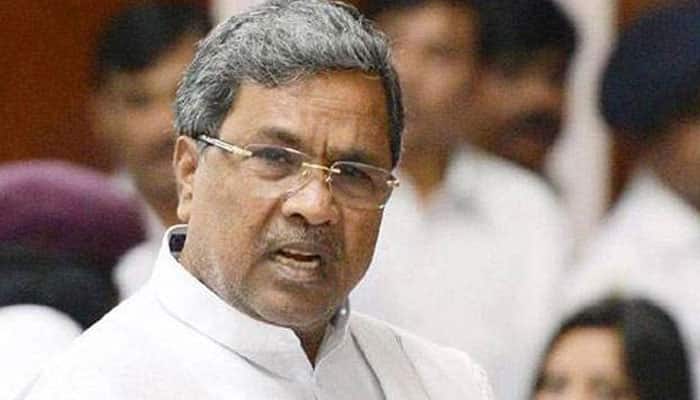 BENGALURU: The Congress Legislature Party meeting which was called in the wake of the recent political crisis in Karnataka triggered by the withdrawal of support from the HD Kumaraswamy government in the state by two independents MLAs concluded here on Friday.

According to news agency ANI, the meeting was attended by 76 out of 79 Congress MLAs.

After the conclusion of the meeting, CLP leader Siddaramaiah said that the party will notices to four MLAs seeking an explanation from them for their absence during the meeting.

Siddaramaiah, Congress after CLP meeting: 76 MLAs were present physically out of the 79. I will send notice to absentees and seek an explanation. Then I will speak to the high command #Karnataka pic.twitter.com/BEmFfEgqky

Briefing reporters after the CLP meet, Siddaramaiah said after receiving the replies from the absentee lawmakers, the issue would be discussed with the party high command and state leaders before deciding on the next step.

Four dissidents Congress MLAs skipped the CLP meet that was called as a show of strength in a counter to an alleged bid by the BJP to topple the coalition government in Karnataka.

Among those who skipped the CLP meet were -  Ramesh Jarkiholi, who was dropped as a minister in the recent cabinet rejig and is said to be extremely unhappy over it, B Nagendra, Umesh Jadhav and Mahesh Kumatahalli.

Siddaramaiah said Jadhav had written saying he would not be able to attend the meet as he was unwell, while Nagendra had spoken to AICC general secretary K C Venugopal conveying his inability to attend because of a court case.

The other two MLAs had not communicated anything, he said.

Soon after the CLP meeting, the 76 Congress legislators who attended the crucial meeting were rewarded with an instant holiday package.

They were all bundled into buses and driven to the Eagleton Golf Resort on the outskirts of Bengaluru.