Responding to a question on dropping the chapter, officials said it should be noted that the students study about Tipu in classes 6 and 10. 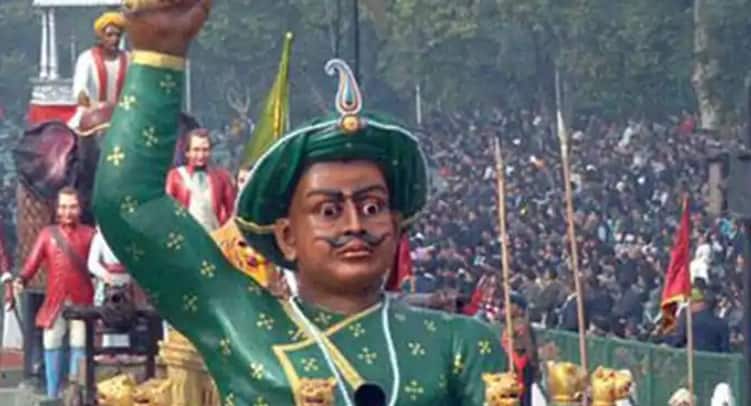 Bengaluru: The chapter on 18th Century Mysore ruler Tipu Sultan and his father Haider Ali are among those that have been dropped from the class 7 social science textbook, following the Karnataka government's decision to reduce the 2020-21 syllabi due to the COVID-19 pandemic.

However, the chapters on Tipu have been retained in class 6 and 10 books, official sources said.

The revised syllabus uploaded on the Karnataka Text Book Society (KTBS) website shows that in class 7, social science text, chapter 5 that deals with Haider Ali and Tipu Sultan, Historical places of Mysore, and Administration of Commissioners have been dropped.

The Department of Public Instructions decided to reduce the syllabus for the year 2020-21 in view of the pandemic and disruption in the academic calendar for the year, that has been brought down to 120 working days.

Responding to a question on dropping the chapter, officials said it should be noted that the students study about Tipu in classes 6 and 10.

A couple of months back, amid the growing clamour from some BJP leaders to remove a chapter in the textbook glorifying Tipu Sultan, the government had constituted an expert committee to look into it.

The committee, however, had recommended that the ruler cannot be ignored from the school syllabus.

Tipu was considered an implacable enemy of the British East India Company. He was killed in May 1799 while defending his fort at Srirangapatnam against the British forces.

Tipu Sultan, however, is a controversial figure in Kodagu district as Kodavas (Coorgis), a martial race, believe that thousands of their men and women were held captive during his occupation and subjected to torture, death and forcible conversion to Islam.

He was also accused of execution of Mandyam Iyengars at the temple town of Melkote in Mandya district on the day of Deepawali as they supported the then Maharaja of Mysuru.