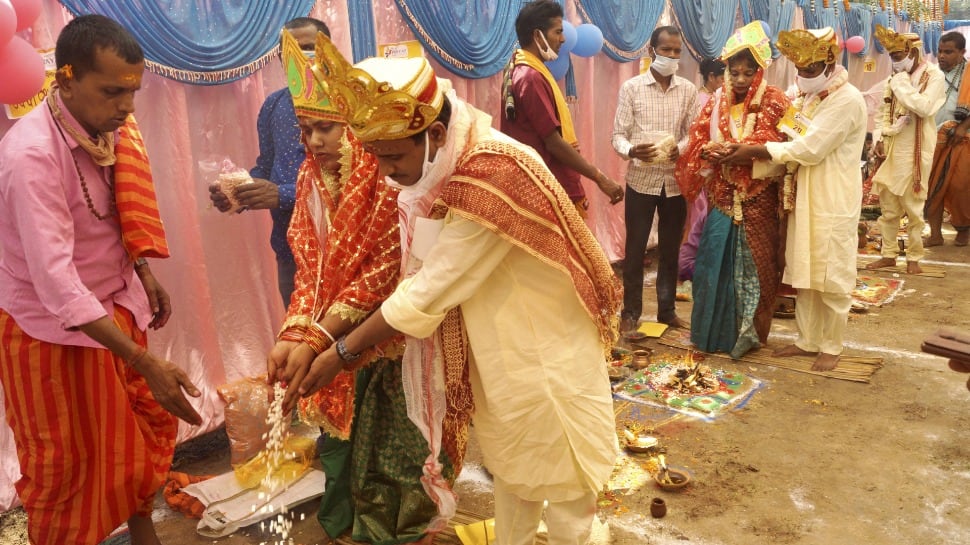 New Delhi: In view of the rising COVID-19 cases, the Karnataka government has announced to impose restrictions on the gathering of people for events and celebrations including marriages, birthday parties and cremations.

As per the rules released on Friday (April 16, 2021), in marriages and political celebrations, only 200 people have been permitted in an open space, besides completely banning religious celebrations.

On the other hand, if a marriage is in a closed space, the limit is 100, whereas, for birthdays and other celebrations, 50 people are allowed in open spaces and 25 in closed areas.

In funerals, the permissible limit is 50 in an open space, and 25 in a closed area, besides 25 people during cremations and burials.

Chief Secretary P Ravi Kumar said that the places where such events are held must be compulsorily sanitised.

He also instructed officials to strictly enforce the measure and said that action can be taken against those violating under relevant sections of the Disaster Management Act, IPC and other laws.

Earlier on Friday, the state recorded its biggest single-day spike of 14,859 new COVID-19 cases and 78 fatalities. The state's total coronavirus caseload has now soared to 11.24 lakh, of which, 1.07 lakh are active cases. Karnataka's death toll currently stands at 13,190.