Kumaraswamy treated me as an enemy and that led to all the problems in JDS-Congress coalition in Karnataka: Siddaramaiah

HD Kumaraswamy never treated me as a friend or confidant, but instead considered me as an enemy and that led to all the problems, said Siddaramaiah. 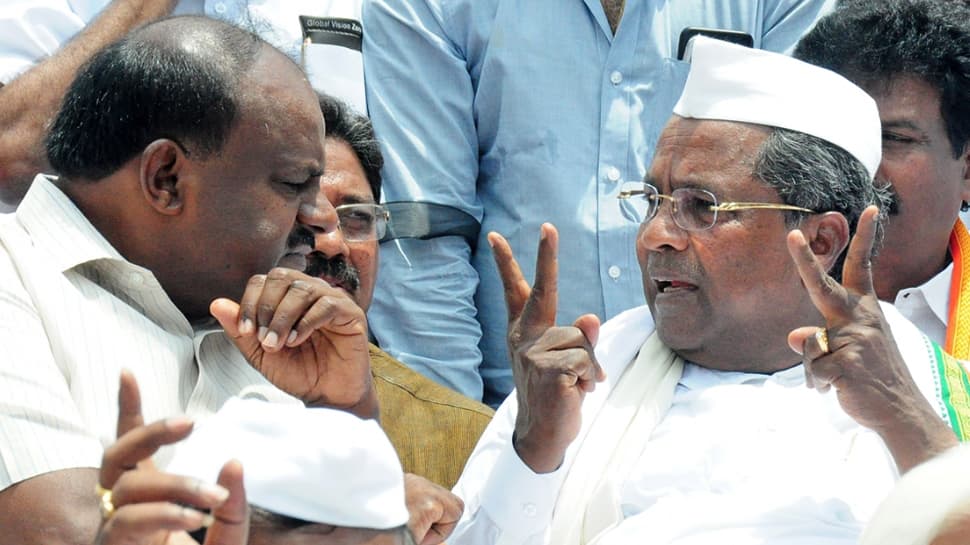 Speaking to mediapersons in Mysuru on Sunday, the Congress veteran claimed that Kumaraswamy treated him “as an enemy”, adding that it was the JDS leader’s behaviour that led to all the problems in the coalition.

“HD Kumaraswamy never treated me as a friend or confidant, but instead considered me as an enemy and that led to all the problems,” said Siddaramaiah.

Before the JDS-Congress government collapsed in Karnataka, several reports had suggested that all was not well in the coalition, which was formed to stop the Bharatiya Janata Party (BJP) from regaining power in the state.

Amid the recent political drama in Karnataka, which witnessed the ouster of Kumaraswamy-led JDS-Congress government and return of BS Yediyurappa as the Chief Minister of Karnataka, a senior leader of the Congress party had accused Siddaramaiah of sabotaging the coalition.

Referring to the former chief minister as “a thief inside the party”, the Congress leader, who spoke on condition of anonymity, had told news agency ANI that Siddaramaiah was “playing games for his prestige”.

The Kumaraswamy-led government in Karnataka had collapsed after some members of the coalition rebelled. Following this, the BJP sought a trust vote on the floor of the House, which was lost by the JDS-Congress coalition.

The 14-month stay in power of the JDS-Congress coalition government came to an end after it could only muster up 99 votes as against 105 of the BJP.

Even before the MLAs rebelled and the government collapsed, former prime minister and JDS patriarch HD Deve Gowda had accused the Congress of creating undue pressure on the coalition.

“They (Congress) said they will support us for five years, but their behaviour hasn't been in line with this promise. Our people are smart. They are watching them (Congress),” Deve Gowda had said.

Kashmiri man posing as WHO director dupes many, arrested in Mangaluru