Mandate in Karnataka was against Congress, why are they celebrating, asks BJP chief Amit Shah

The three-day-old BJP government in Karnataka had collapsed on Saturday, minutes before the scheduled trust vote, with CM Yeddyurappa resigning with defeat staring him in the face. 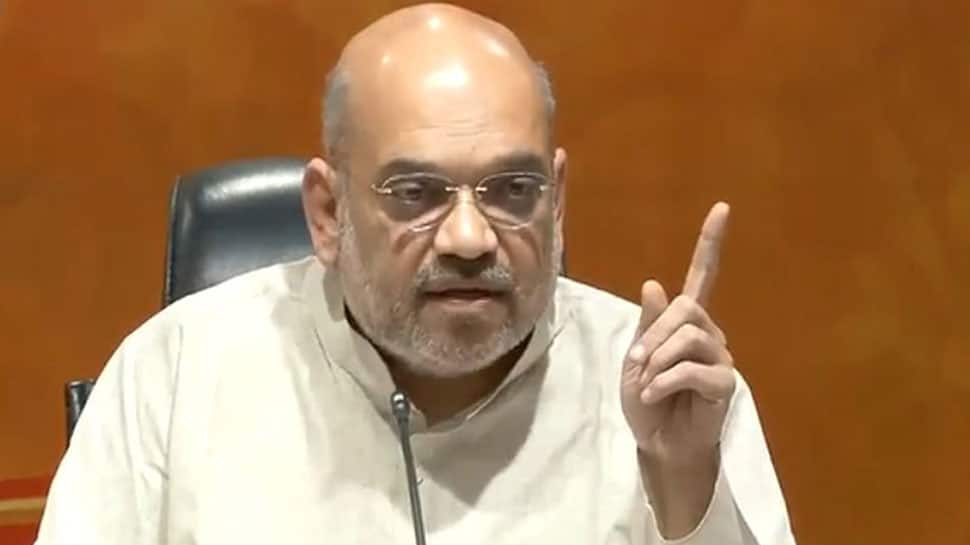 New Delhi: BJP president Amit Shah on Monday said that the mandate in Karnataka Assembly polls was against the Congress, but the grand old party had found a new way of portraying defeat as its victory. He also asked the Congress to explain to the people of Karnataka as to why they were celebrating even when most of their ministers had lost the election.

"Congress crossed all limits in Karnataka elections. JD(S) formed an alliance with Congress against the people's mandate. This is an unholy alliance. We never believe in horse-trading. Congress should answer what they did with MLAs by locking them in a five-star hotel. In Goa and Manipur, the Congress despite being the single largest party had not staked claims, so the Governor invited us. Congress party with a history of dismissing more than 50 governments by abusing Article 356 has no moral right to preach us on democracy," he asserted.

Taking a swipe at the rival party, Shah said that he hopes this new definition of victory continues till 2019 as it will benefit the BJP. "We will form the government with absolute majority in 2019... Congress is now starting to have faith in constitutional bodies like Supreme Court, Election Commission and they even like EVMs," he said and voiced hope that it continues even when the Congress loses and is unable to form the government, taunting the party which has been critical of the poll panel and the apex court's functioning in recent times.

Shah claimed that the Congress lawyer lied in the apex court that BJP leader BS Yeddyurappa had sought seven days time from the Governor to prove majority in the House.

The three-day-old BJP government in Karnataka had collapsed on Saturday, minutes before the scheduled trust vote, with CM Yeddyurappa resigning with defeat staring him in the face. It was his shortest stint in power. Yeddyurappa became the CM for the first time for seven days in 2007. He became the CM for the second time when the BJP formed its first government in Karnataka in 2008. Yeddyurappa was at the helm of the state for over three years before he was made to quit following indictment by the Lokayukta in an alleged mining scam.

Hours later, HD Kumaraswamy, the chief ministerial candidate of the newly formed JD(S)-Congress-BSP alliance, met Governor Vajubhai Vala and had said that he had been invited to form the government. However, Kumaraswamy later in the evening had said that the swearing-in would be held on May 23 as May 21 happens to be the death anniversary of former PM Rajiv Gandhi and therefore it would not be appropriate to hold the ceremony on that date. Rajiv Gandhi was killed in a suicide bombing in Sriperumbudur, near Chennai, in 1991.

The 58-year-old leader, son of JD(S) supremo and former PM HD Deve Gowda, had added that the Governor had given him 15 days to prove his majority, but had asserted "we don't need 15 days". The newly-formed alliance has claimed support of 117 MLAs in the 224-member House with an effective strength of 221.

The BJP emerged as the single-largest party (104 seats) in Karnataka when results were declared on May 15, but fell short of a majority. The Congress, which finished second with 78 seats, moved swiftly and stitched an alliance with 38-member JD(S)+ and backed its leader Kumaraswamy for chief ministership.