Calling the 'Mahaghatbandhan' a 'mahamilavat', Modi said the country wants a strong government. 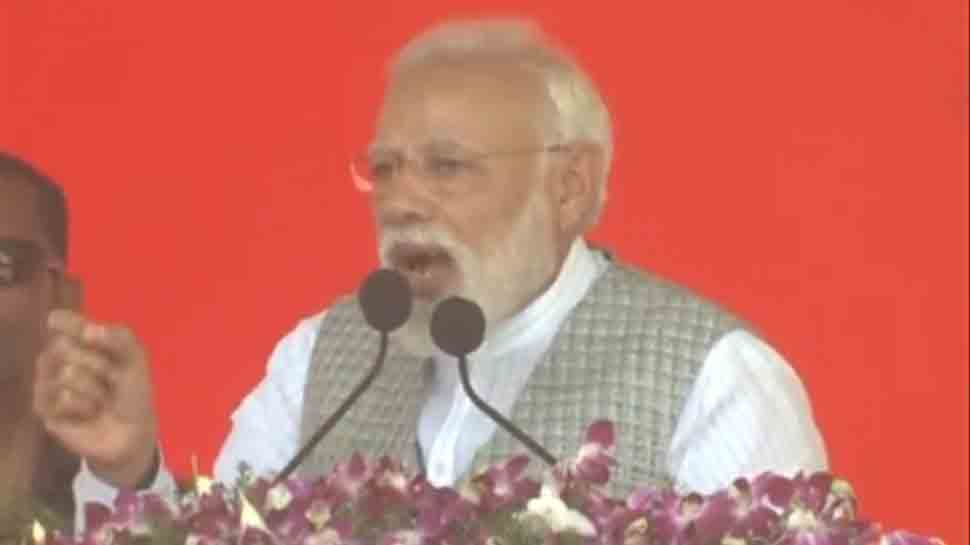 Kalaburagi: Prime Minister Narendra Modi Wednesday said the Opposition was trying to remove him, while he was trying to wipe out terrorism, poverty and corruption.

"The person who has the blessings of 125 crore people... Why should he fear anybody, be it Hindustan, Pakistan, thieves or the dishonest. India and 125 crore people have given this strength," Modi said at a rally here.

"The world is witnessing a new kind of courage. It is not Modi's but of 125 crore people of India," he said, referring to the Indian Air Force's air strikes on a terror camp in Pakistan on February 26.

Calling the "Mahaghatbandhan" (grand alliance of opposition parties) a "mahamilavat" (high adulteration), he said the country wants a strong government.

Karnataka has a "helpless" government and Chief Minister H D Kumaraswamy is a "remote-controlled CM". The Congress-JD(S) alliance had come to power by "backstabbing people", he alleged.

Accusing the state government of doing injustice to farmers, he said it was not cooperating in the implementation of "Pradhan Mantri Kissan Samman Nidhi" scheme.

"If the state tries to create a wall, the farmers of the state will demolish it," Modi said.

Modi also said that development of the Northeast was a top priority for his government.