Amulya was sent to 14-day judicial custody for her actions in the presence of All India Majlis-e-Ittehad-ul-Muslimeen chief Asaduddin Owaisi. 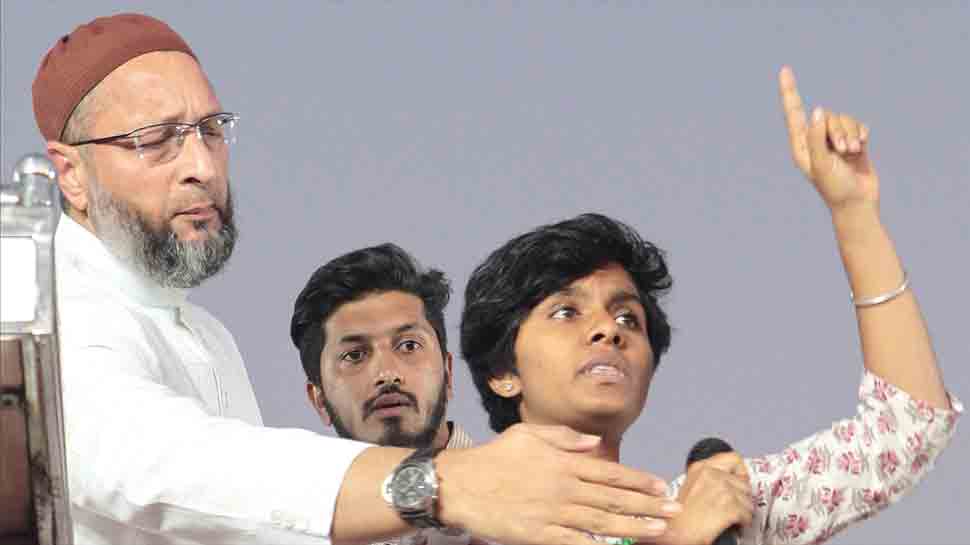 Bengaluru: A Bengaluru Court has extended the judicial custody of Amulya Leona, who raised 'Pakistan Zindabad' slogan at an anti-CAA rally in Bengaluru`s Freedom Park on Feb 20, till March 5.

Amulya was sent to 14-day judicial custody for her actions in the presence of All India Majlis-e-Ittehad-ul-Muslimeen chief Asaduddin Owaisi. A sedition case has been registered against Amulya.

According to the police, a suo moto case under Section 124A (sedition), 153A and B (promoting enmity between different groups and imputations, assertions prejudicial to national integration) have been registered against the girl.

A student activist and college student, Amulya (19) had raised pro Pakistan slogans during a protest meeting against CAA, NRC and NPR organised by Hindu Muslim Sikh Isaai Federation, at Freedom Park in Bengaluru on Feb 20. All India Majilis-e-Ittehadul Muslimeen (AIMIM) president and its Lok Sabha member from Hyderabad, Asauddin Owaisi, who was present on the occasion, tried to stop the gritty Amulya from repeating the pro-Pakistan slogan.

The dramatic incident, which embarrassed Owaisi and the rally organisers - Hindu-Muslim-Sikh-Issai Federation, occurred when Amulya was called on the dais to address the gathering in protest against the Citizenship Amendment Act (CAA) under the banner of "Save Our Constitution".

"When Owaisi and others tried to stop Amulya from shouting the pro-Pakistan slogan, she started chanting 'Hindustan zindabada'. Our personnel who were at the rally for providing security, took her off the dais to control the situation even as she insisted on speaking," a police official told IANS earlier.

Owaisi condemned Amulya for taking the liberty of shouting the pro-Pakistan slogan and told the organisers to stop her from speaking.

"When Amulya resisted the organisers from addressing the gathering, our policewomen had to forcibly escort her from the stage and detain her in a corner," the police official added.

Regretting the incident and denouncing the activist, Owaisi said in Hindi-Urdu that he and his party was against such sloganeering as they are for India and proud of being Indians.

Amulya was then detained by the Karnataka Police arrested and produced her before a local magistrate court after which she was sent to 14-day judicial custody on sedition charges under Section 125A of the Indian Penal Code (IPC).