The Congress and the Janata Dal-Secular (JD-S) criticised Modi for not announcing additional funds to the state`s coastal and northwest districts, which are reeling in the aftermath of the August floods during his two-day visit to the southern state on Thursday and Friday. 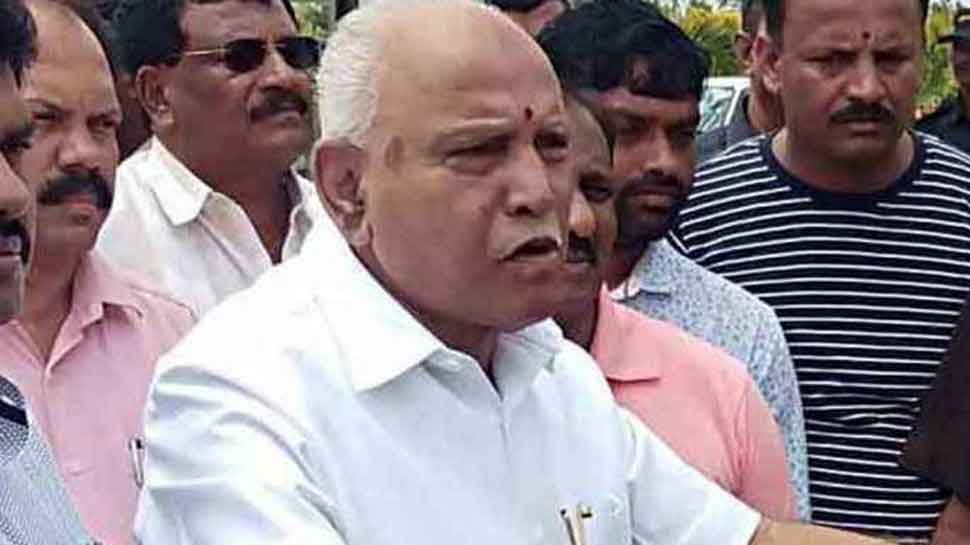 Bengaluru: Under attack by the opposition Congress for raw deal from the Centre to the state, Karnataka Chief Minister BS Yediyurappa on Saturday said Prime Minister Narendra Modi had assured him and the people of all help, including Central aid to the flood-hit.

"Modi has personally assured me of all help, including funds to the state from the Centre. He also told me to meet him and other central ministries in Delhi soon for approvals to pending projects and addressing any issue," Yediyurappa said in a statement here.

The Congress and the Janata Dal-Secular (JD-S) criticised Modi for not announcing additional funds to the state`s coastal and northwest districts, which are reeling in the aftermath of the August floods during his two-day visit to the southern state on Thursday and Friday.

"The Centre has given Rs 1,200 crore in early October as contingency funds to the state from the National Disaster Relief Fund to compensate the flood-hit people and undertake relief work, including rebuilding houses, roads, and other infrastructure that were damaged by heavy rains and floods for a fortnight in August," recalled the chief minister.

The state government had also spent additional amount from its resources and funds raised through the chief minister`s relief fund and donations from the people and institutions.

"The prime minister has also told me to prepare a report on issues pending with the Centre and funds required for the development of the state," he asserted.

The chief minister also reminded Modi on Thursday that the state was waiting for additional funds from the Centre in response to its representation for completing infrastructure and irrigation projects across the southern state.

"As a chief minister of a state in a federal set up, it is my duty to seek Central funds for our projects, relief works, remunerative price for farmers and greater allocation of Central funds to the state," reiterated Yediyurappa.

Accusing Modi of diverting the public attention by raising national issues like CAA, abrogation of Article 370 and surgical strike in Pakistan in his public rallies, Congress leader and former chief minister Siddaramaiah said the prime minister had betrayed the people in multiple ways.

"Modi has cheated our people by not yet sending the financial package he promised to do soon after the central teams assessed the damage caused by floods and submitted a report to the central government for releasing funds," thundered Siddaramaiah.

"Modi also had not visited the flood-hit people in the state or announced Bharat Ratna to Siddaganga Mutt seer Shivakumar Swamiji at Tumukuru on Thursday.

"Though the ruling BJP bagged 26 of the 28 Lok Sabha seats in the state during the April-May general elections and 12 assembly seats in the November by-elections, the BJP-led NDA government had let down the state on all fronts," added Siddaramaih.