The two-day strike has been called by ten major trade unions in protest against the Centre's alleged anti-labour policies. 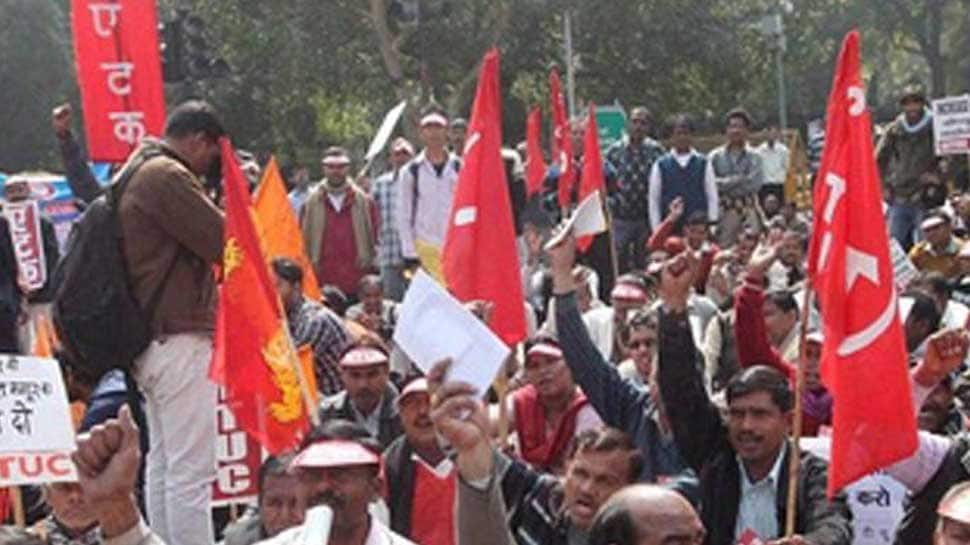 BENGALURU: Hundreds of commuters in the hi-tech city of Bengaluru are likely to face a harrowing time on Tuesday in view of a proposed two-day strike (Bharat Bandh) by the major trade unions in the country from January 8.

The two-day strike has been called by ten major trade unions in protest against the Narendra Modi government's alleged anti-labour policies.

Karnataka State Road Transport Corporation (KSRTC) and BMTC buses and private autorickshaws will not ply on Tuesday. Banking services across the state are likely to be affected in view of the Karnataka bandh on Tuesday.

However, app-based cabs, airport taxis and Metro trains will operate in Bengaluru.

It is not year clear whether schools, colleges and other educational institutions and cinema halls will remain open in view of Bengaluru Bandh on Tuesday.

The trade bodies have claimed that the 48-hour-long nationwide general strike on January 8-9 will be a “historic event”.

As compared to the two-day national bandh of 2013 in which around 13-14 crore workers took part, this year, the bandh is expected to see large participation, with employees from various state and Central governments, along with various other sectors, also deciding to join it.

Two flights diverted to Chennai due to dense fog at Bengaluru airport, 50 others delayed