Kerala's Idduki and Kottayam districts bore the brunt of the heavy rains that has been battering the state since Friday. 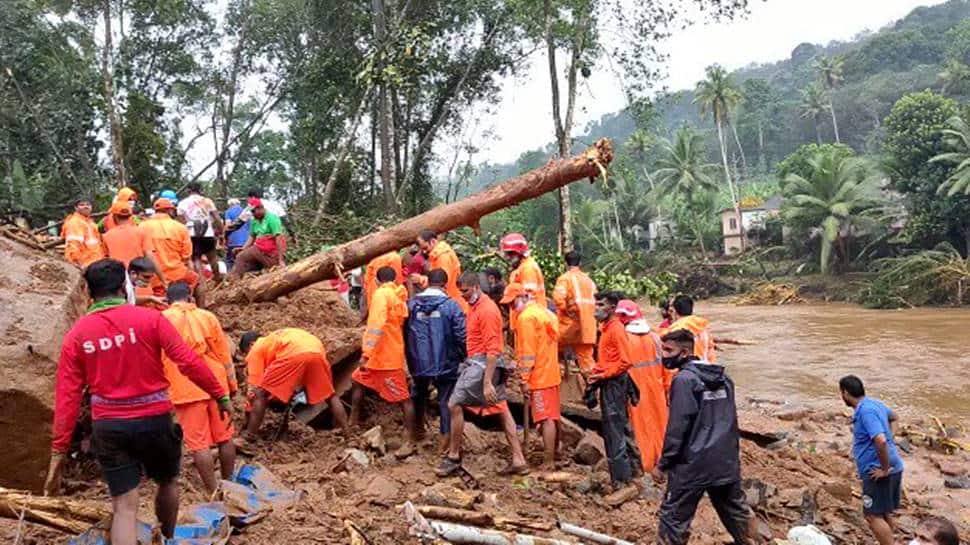 New Delhi: The death toll in Kerala due to landslides and floods triggered by heavy rains has risen to nine while over a dozen were still missing. Three more bodies recovered from Koottikkal in Kottayam district as heavy rain triggers landslide, ANI reported.

On Saturday, four people were reported to have been killed in Kottayam district while two casualties were recorded in Idukki district, the the Water Resources Minister Roshi Augustin said on Sunday morning.

Kerala's Idduki and Kottayam districts bore the brunt of the heavy rains that has been battering the state since Friday with several people feared missing in landslides.

On Saturday, Kerala Chief Minister Pinarayi Vijayan held a high-level meeting to intensify the rescue efforts and said that all means will be used to evacuate people stranded in areas flooded due to heavy rains in the state.

Meanwhile, 11 National Disaster Response Force (NDRF), two Army and two Defence Service Corps (DSC) teams have been deployed in the south and central parts of Kerala to help in flood rescue. "Army and Indian Air Force are on stand-by for assistance. We will provide all help to those in need," said Kerala Minister K Rajan in rain-hit Kottayam district.

The IMD has issued a Red alert for Pathanamthitta, Kottayam, Ernakulam, Idukki, Thrissur districts. Whereas, Orange alert has been issued in Thiruvananthapuram, Kollam, Alapuzha, Palakkad, Malappuram, Kozhikode and Wayanad districts of the southern state.