The Minister said that it was both "uncharitable", "unbecoming and illegal" to spread false news regarding a sensitive issue involving a jawan who laid down his life for the nation. 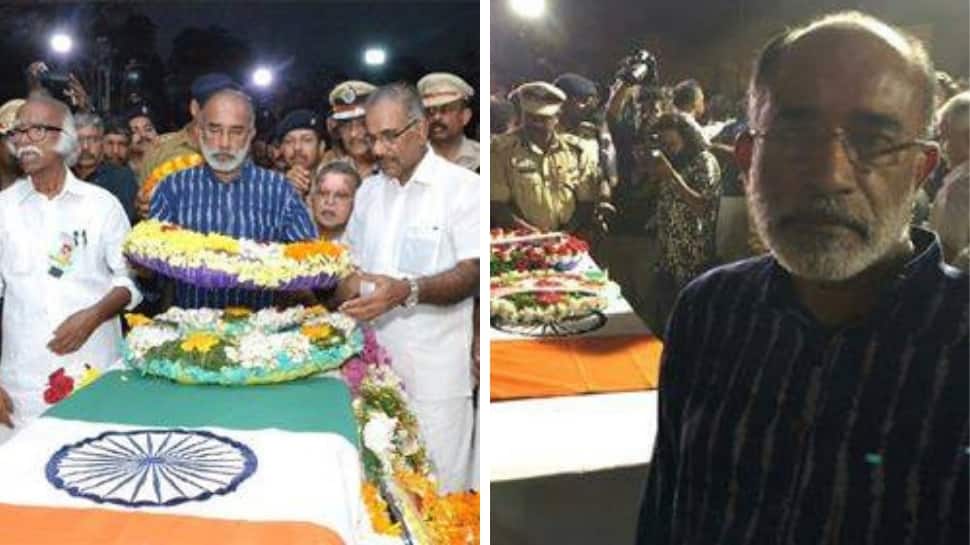 NEW DELHI: Union Tourism Minister KJ Alphons Sunday complained to the Kerala DGP asserting that his photograph from CRPF jawan Vasantha Kumar's funeral was being shared as a "selfie".

In a letter to the DGP, he wrote that he had attended the last rites of Vasantha Kumar at Wynad on February 16 where his photograph was taken. "Some person had taken my photographs standing near the coffin. My media secretary had put the same on my Facebook. Alleging that the photograph was a selfie taken by me, some miscreants had spread false news against me in the social media. The act of those miscreants reduced my reputation in the public, which is an offence punishable under the provisions of Indian Penal Code," he wrote.

Stating that it was both "uncharitable", "unbecoming and illegal" to spread false news regarding a sensitive issue involving a jawan who laid down his life for the nation, the minister said the culprits should be booked.

"It's uncharitable, unbecoming and illegal to spread false news when I, representing the nation as a Union Minister, was paying homage to a jawan who laid down his life for the nation. Kindly take appropriate action against culprits and bring them before law," he wrote, requesting action against the culprits.

Kumar's mortal remains were brought to Karipur International airport in a special aircraft and taken to Lakidi in Wayanad district where the martyr did his schooling. Thousands including natives, friends, relatives, paid tribute to Kumar at the Lakidi school. Later, the mortal remains taken to his home village accompanied by hundreds of vehicles.

At least 40 CRPF personnel were killed and five others injured in one of the deadliest terror attacks in Jammu and Kashmir on Thursday when a Jaish-e-Mohammad terrorist rammed a vehicle carrying over 100 kg of explosives into their bus in Pulwama district.