In order to take control of the grim situation, the Pinarayi Vijayan-led government has set up 738 relief camps to house the affected people until Friday. 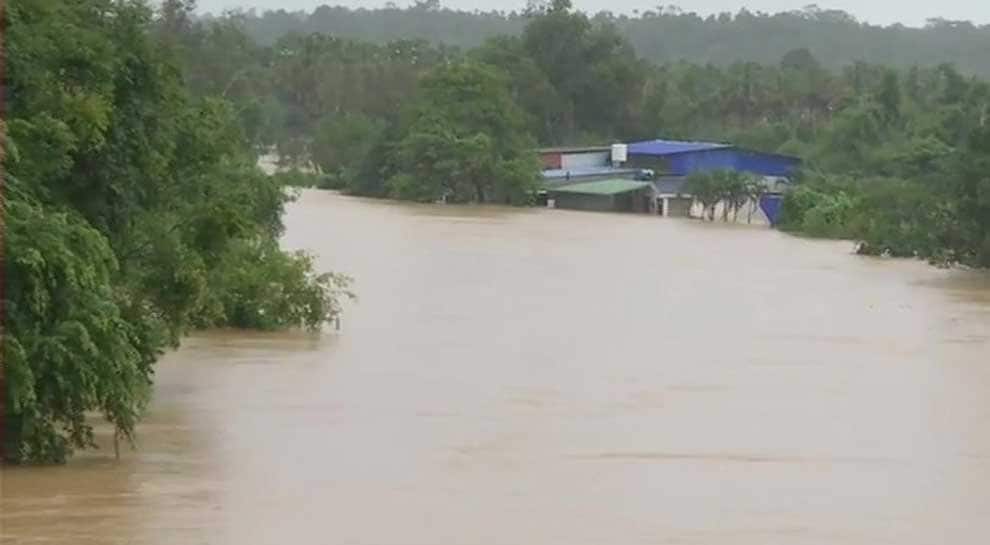 KOCHI: Incessant rains over the last two days in Kerala have resulted in several deaths and triggered a landslide in Nilambur region of Malappuram district, due to which over 40 people are stranded. Heavy rainfall across the state has seriously affected the movement of vehicles on roads.

Meanwhile, the India Meteorological Department (IMD) has issued a red alert for eight districts of the state, predicting heavy downpour. The districts where a red alert has been issued are Idukki, Thrissur, Palakkad, Malappuram, Kozhikode, Wayanad among others.

In order to take control of the grim situation, the Pinarayi Vijayan-led government has set up 738 relief camps to house the affected people until Friday.

Due to heavy rains in Kerala area, several trains have been cancelled or partially cancelled.

Meanwhile, flight operations will begin at Kochi airport from 12 noon Sunday, ahead of the 3 PM deadline.

#Keralarains: Operations at the Cochin International Airport to resume at 12 noon tomorrow. pic.twitter.com/5X3qp1boOP

Airlines have been instructed to facilitate services accordingly.

While the state government has set up relief camps to tackle the situation, Congress leader and newly-elected Wayanad MP Rahul Gandhi has expressed displeasure over the situation and has urged his party cadres to provide aid to the affected people.

Rahul Gandhi will on Sunday visit his constituency Wayanad in Kerala, which is battling incessant rains and floods.

Kerala: Rahul Gandhi to visit his Lok Sabha constituency Wayanad in Kerala, tomorrow. The district has been severely affected due to heavy rainfall in the region. pic.twitter.com/beh7veJfof

As many as 28 people have died due to incessant rains and overflowing of rivers in several parts of Kerala.

The Congress leader’s earlier visit to Wayanad was cancelled. Taking to microblogging site Twitter, Rahul had said that he had cancelled his visit on the advice of officials. He was told that his presence would disrupt relief operations.

“The people of Wayanad, my Lok Sabha constituency, are in my thoughts & prayers as they battle raging flood waters.  I was to travel to Wayanad, but I’ve now been advised by officials that my presence will disrupt relief operations. I’m awaiting their OK to travel,” the Congress leader had tweeted on Thursday.

Rahul informed that he had held discussions with Kerala Chief Minister Pinarayi Vijayan to draw his attention towards the situation in Wayanad.

The Gandhi scion has said that he would reach out to Prime Minister Narendra Modi as well to seek Centre’s assistance.

“The flood situation in my parliamentary constituency, Wayanad is grim. I’m monitoring the situation closely & have spoken to the Kerala CM and key Govt officials to expedite relief.  I will be reaching out to PM Modi as well to brief him & request Central Govt. assistance,” he tweeted.

According to the Kerala Disaster Management Authority, more than 22,000 people have been evacuated to safety and are lodged in 315 camps across the state.

Rescue operations are underway by the National Disaster Relief Force (NDRF), Army and the local police.