Spot booking at Sabarimala Temple has been cancelled for three days in the wake of heavy rainfall warning issued for various districts in the state, including Pathanamthitta. 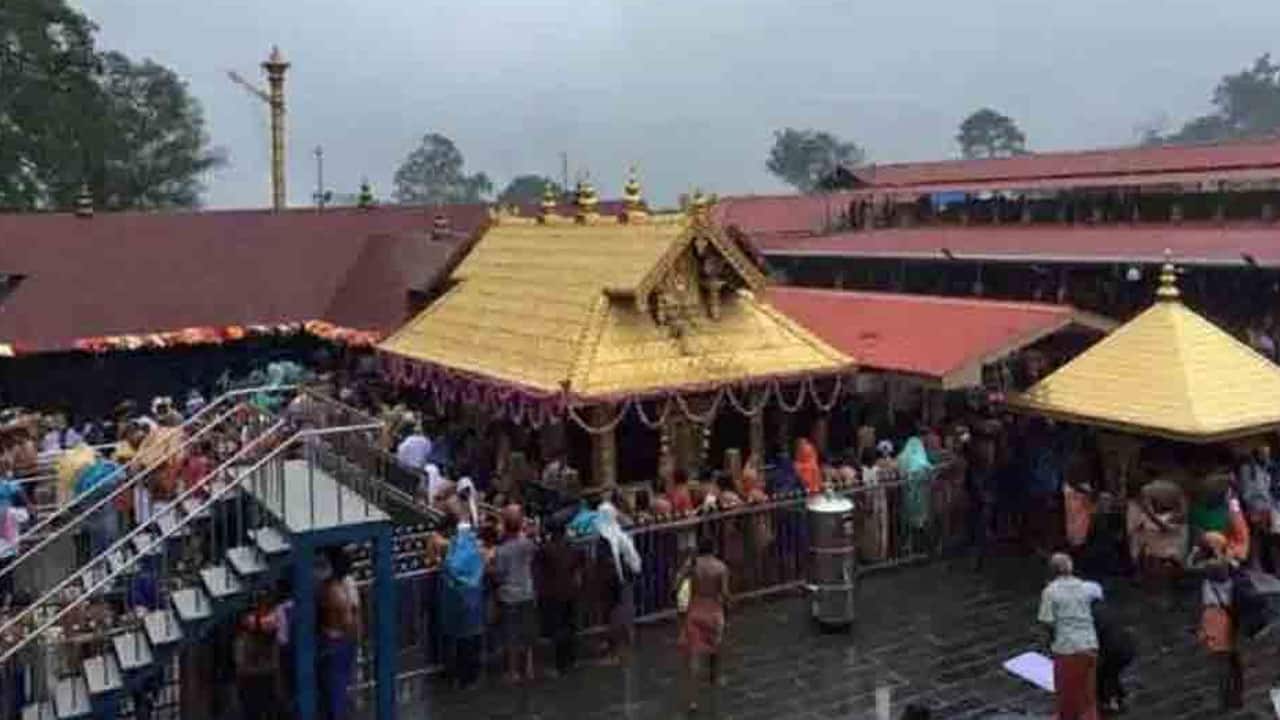 She added that the department has made elaborate arrangements for pilgrims in order to combat the possible spread of COVID-19. The hill shrine of Sabarimala will be opened for Mandala-Makaravilakku, which last for two months, on Monday evening and the public will be allowed for obeisance from Tuesday.

The temple will remain open till December 26 for Mandalapooja. The temple will again be opened on December 30 and darshan will be allowed till January 20th for Makaravilakku festival.

Health Minister said that all health services has been put in place by preparing an action plan in October."At the state level, special meetings were convened in Pathanamthitta, Alappuzha, Kottayam and Idukki districts to coordinate the activities.

However, spot booking at Sabarimala Temple has been cancelled for three days in the wake of heavy rainfall warning issued for various districts in the state, including Pathanamthitta.

"When the Sabarimala temple reopens, it will be difficult to allow more pilgrims to enter. The Pamba river is turbulent due to heavy rains. The availability of drinking water and bathing water is also a cause of concern. So the meeting decided to limit the number of people to Sabarimala in the next three to four days. Pampa bathing is not allowed as the water level is dangerous. Spot booking will be temporarily stopped. The government is considering changing the date for those booked via a virtual queue to control the number of people," said CM Vijayan after a high-level meeting in Thiruvananthapuram on Sunday.

Meanwhile, the health department officials are being deployed at treatment centers from Pamba to Sannidhanam. The services of expert doctors from medical colleges are ensured in Pamba and Sannidhanam. These centers will be operational from Monday," she said.

Veena George said that the emergency medical centres and oxygen parlours are being set up at five places along the journey from Pamba to Sannidhanam.

"If pilgrims have any health problems such as excessive heartbeat, shortness of breath or chest pain during the journey to the temple, one should seek treatment at the nearest centre immediately. Trained staff nurses and other medical facilities are available at these centres 24 hours a day," she added.

The Health Minister said that specialized dispensaries have been set up at Sannidhanam, Pampa, Nilakkal, Charalmedu (Ayyappan Road) and Erumeli.

"Medicines and safety equipment were provided. There will also be an emergency operation theatre at Sannidhanam. Ventilators were installed at Pampa and Sannidhanam. Apart from this, facilities have been provided at major government hospitals in Pathanamthitta, Alappuzha, Kottayam and Idukki districts. The mobile medical team was also set up. Free ambulance service is also available for patients in need of specialist medical care," she added.