Kerala Chief Minister Pinarayi Vijayan, Governor P Sathasivam were among other leaders who attended the event. 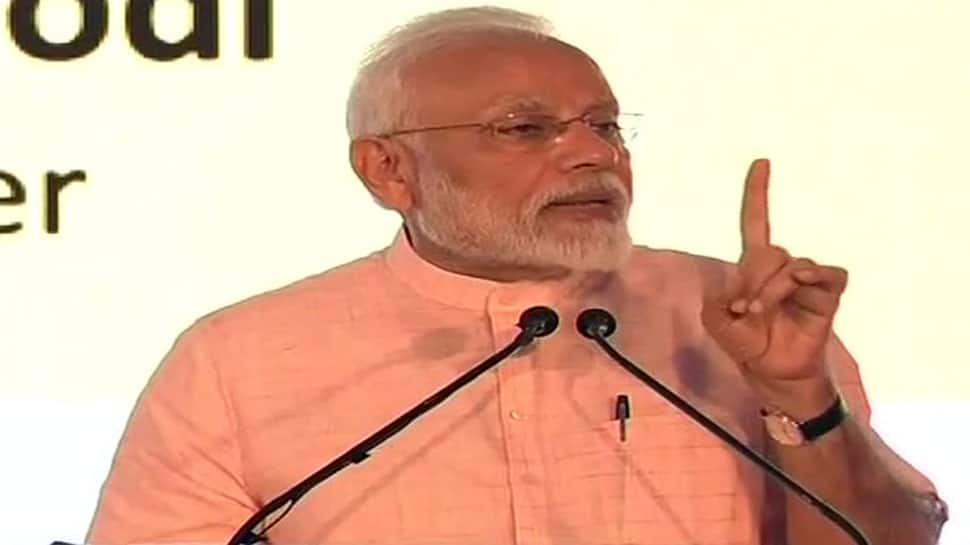 New Delhi: Dedicating the integrated refinery expansion complex of Bharat Petroleum Corporation Limited (BPCL) at the Kochi Refinery to the nation, Prime Minister Narendra Modi on Sunday said that more than one crore consumers gave up their LPG subsidies under the 'Give it Up' initiative.

"Since May 2016, nearly six crore LPG connections have been provided to the poorest of poor under the Ujjawla scheme," he said while addressing at the event.

"The government is promoting the use of environment-friendly transport fuel i.e., CNG by expanding coverage of City Gas Distribution (CGD) network in the country. After successful completion of 10th CGD Bidding Round over 400 districts of the country will be connected for providing piped gas supply," the Prime Minister added.

He further said that in order to cut down on the import of crude oil the government has taken decisive steps towards reducing imports by 10 per cent and saving the precious foreign exchange.

PM Modi also laid the foundation stone for a petrochemical complex at the refinery and a skill development institute at Ettumanoor besides inaugurating a mounded storage vessel at the LPG bottling plant of the Indian Oil Corporation Limited.

Kerala Chief Minister Pinarayi Vijayan, Governor P Sathasivam were among other leaders who attended the event.