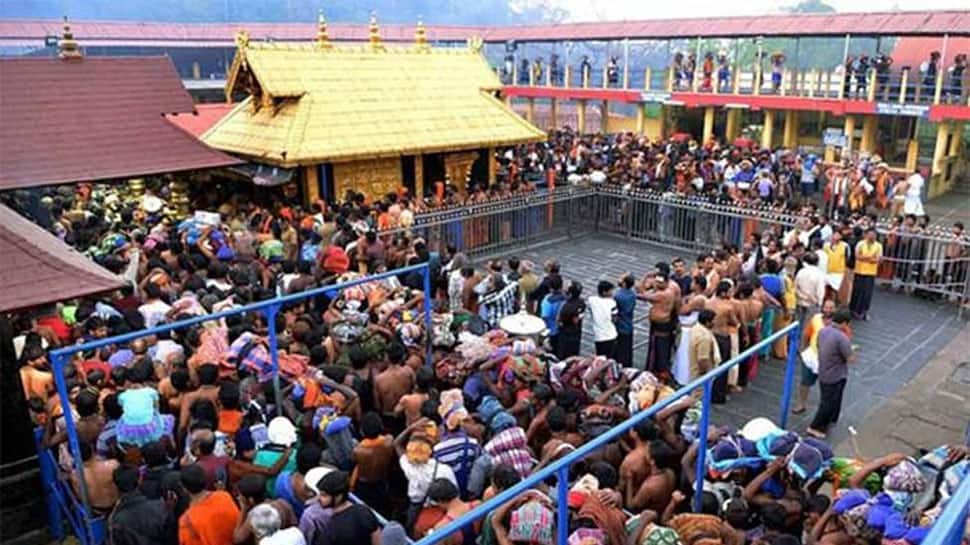 Thiruvananthapuram: Amid the ongoing row over the Sabarimala temple issue, the Bharatiya Janata Party (BJP) on Saturday accused the Kerala government of instigating state-sponsored violence. BJP leader GVL Narasimha Rao said that the Pinarayi Vijayan-led government is wreaking havoc in the state by backing 'CPI(M) goons', instead of dealing with the matter sensibly.

He added that a devotee was killed two days ago and all this was done by the CPI(M) goons, with the support of the state government. "They're not sparing even devotees, it's state sponsored violence," Rao said.

GVL Narasimha Rao, BJP on #SabarimalaTemple: Kerala govt has decided to wreak havoc instead of dealing with it sensibly, a devotee was killed 2 days ago & all this is done by CPM goons, with support of state govt. They're not sparing even devotees, it's state sponsored violence. pic.twitter.com/OCMqRI6GAj

Violence erupted across the state with bombs hurled at the house of Thalassery MLA and CPI(M) leader AN Shamseer among other places. Unidentified persons riding a bike hurled a bomb at Shamseer's house at Madapeedikayil near Thalassery in Kannur at around 10.15 pm on Friday.