The state Cabinet on Monday had ratified a draft of the Governor's speech at the start of the Budget session on February 7 and sent it to him. 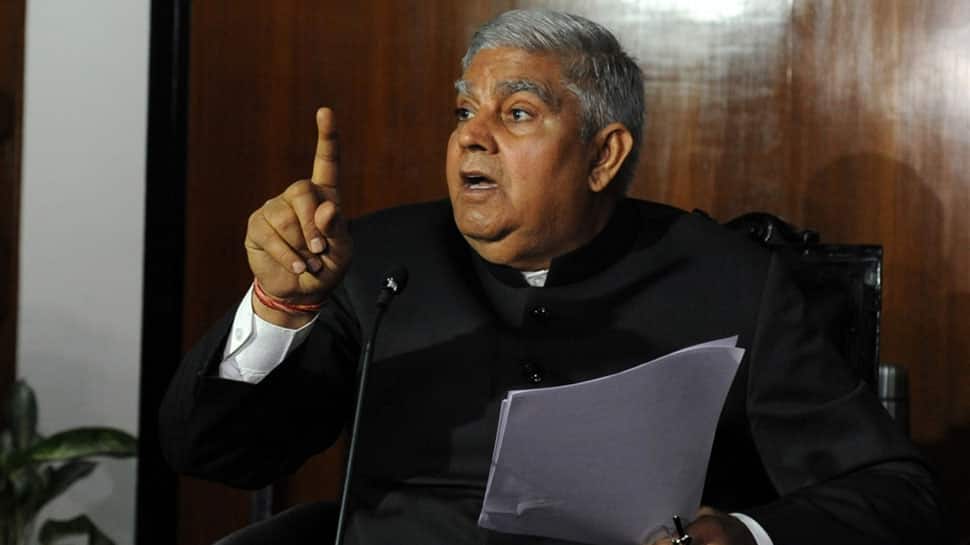 Kolkata: In the wake of the run-ins with the Mamata Banerjee government, West Bengal Governor Jagdeep Dhankhar on Wednesday hinted at additions or deletions to the address he is scheduled to deliver to the Assembly two days later.

The Governor said that if there were different points of view, there should not be any confrontation between him and the state government and that both sides needed to be accommodative of the other's point of view.

The state Cabinet on Monday had ratified a draft of the Governor's speech at the start of the Budget session on February 7 and sent it to him.

"A draft of the address has been made available to me after approval by the Cabinet. That is under my consideration. If I leave one issue or make an addition, I will do it in a formal manner," Dhankhar said.

"And even if there are different points of view, that cannot take us to a level of confrontation. That is, we have to be accommodative of each other's point of view, keeping only one thing in mind - rule of law, Indian Constitution and welfare of the state, its people, and its development," Dhankhar said.

Ever since he took over the gubernatorial responsibility last July, Dhankhar has got into a series of spats with the state government on issues like law and order, education, health, and other legislative and administrative matters. He has repeatedly complained that the government, including Chief Minister Mamata Banerjee, has not shown him due courtesy.

He has also faced fierce protests from ruling Trinamool Congress activists, students, and youths, who have railed against his support to the contentious Citizenship (Amendment) Act.

The protestors had prevented Dhankhar from attending the convocation of Jadavpur University. He was also forced to leave the venue of the Calcutta University convocation even before the start of the program due to intense student protests.

However, with the Budget session around the corner, the state government seems to have taken a softer approach towards Dhankhar.

While on two earlier occasions his request for a helicopter to visit different districts of West Bengal was turned down, this time the state government made no fuss in allotting him a chopper for visiting Visva Bharati University to inaugurate a fair on Thursday.

Also, over the past few days, ministers and top bureaucrats have visited the Raj Bhavan to hold discussions with the Governor on various issues.

Education and Parliamentary Affairs Minister Partha Chatterjee - who has in the past run the gauntlet against Dhankhar - called on the Governor twice whereas the Finance and Industry Minister Amit Mitra has also met him once.