The average asset per candidate contesting in phase two is Rs 3.90 crores. 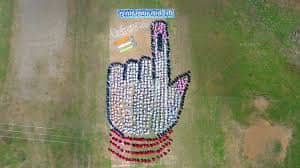 According to National Election Watch and Association for Democratic Reforms (ADR), there are 423 (27%) candidates in the second phase of Lok Sabha election with assets worth Rs 1 crore and above. There are 1644 candidates in fray in the second phase. There are 54 candidates who have not been analyzed due to unavailability of their properly scanned and complete affidavits when the report was made by National Election Watch and ADR at the time of making this report.

The average asset per candidate contesting in phase two is Rs 3.90 crores.

The details of the top 3 candidates with the highest assets are given below:

Meanwhile, there are 16 candidates who have declared zero assets.

The details of three candidates with lowest assets (excluding zero assets candidates) are as follows:

251(16%) out of 1590 candidates have declared criminal cases against themselves.

251 candidates in second phase of Lok Sabha election have criminal cases against them: ADR report