Srinagar constituency in Jammu and Kashmir witnessed the lowest polling at around 15 per cent while the highest was recorded in Karnataka`s Dakshina Kannada at 77.6 per cent. 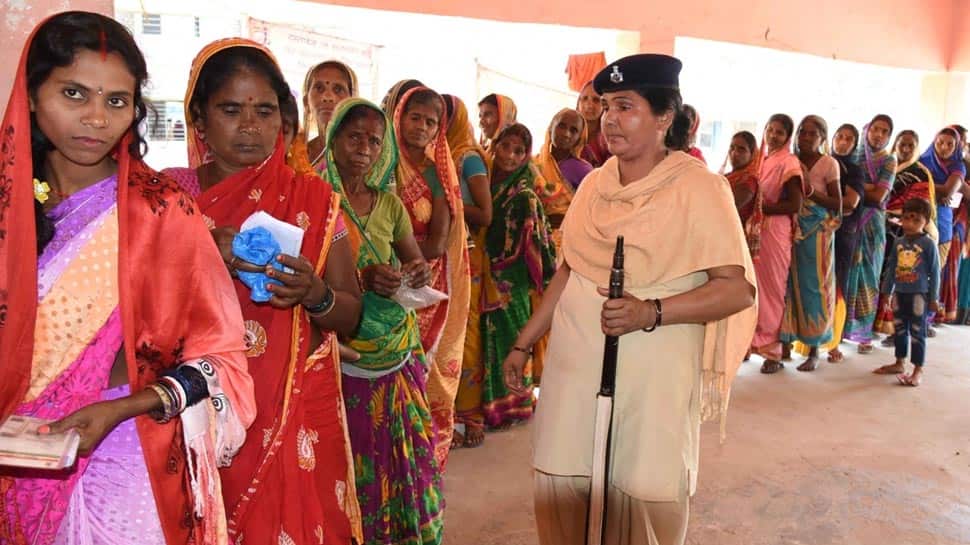 New Delhi: A turnout of 66 per cent was recorded in 95 Lok Sabha constituencies across 12 states including a union territory on Thursday in the second phase of polling which was marred by stray incidents of violence in West Bengal and Jammu and Kashmir and EVM glitches in seven states.

Srinagar constituency in Jammu and Kashmir witnessed the lowest polling at around 15 per cent while the highest was recorded in Karnataka`s Dakshina Kannada at 77.6 per cent. 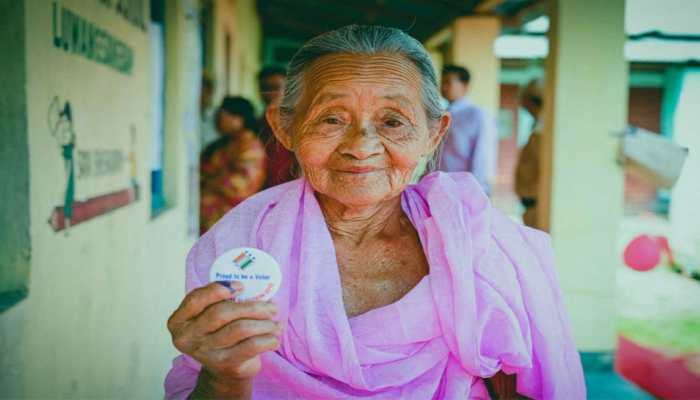 An electorate of 15.7 crore sealed the fate of 1,606 contestants in the fray.

Except for some incidents of clashes between stone pelters and security forces, polling ended peacefully in the Srinagar while eliciting overwhelming voter turnout in the Udhampur constituency.

Clashes broke out between security forces and stone pelters who tried to disrupt the voting process in Batmaloo area of Srinagar city, Pandach area of Ganderbal district and at four other places in Badgam district in the Srinagar seat, officials said.

One civilian and four policemen, including two officers, were injured in these clashes but the security forces said they exercised maximum restraint to ensure that the violence did not overshadow the voting in Srinagar.

However, in Udhampur, over 65 per cent people cast their votes, including a newly-married couple who turned up in their wedding finery.

Polling in all other places was reportedly peaceful although complaints of glitches in electronic voting machines (EVMs) came from several states, briefly halting the electoral process.

Over 76 per cent of the electorate cast their votes in the three northern West Bengal constituencies in the second phase of the Lok Sabha elections on Thursday, amid several incidents of violence including an attack on CPI-M MP and candidate Mohammad Salim in Raniganj and the smashing of an EVM in a clash inside a polling booth in Darjeeling.

Unfazed by the summer heat and dust, voters turned out in large numbers in Karnataka. There was over 67 per cent polling in 14 of the state`s 28 parliamentary constituencies, that went to polls in the first phase with the main fight between the ruling Congress-JD-S alliance and the BJP.

Over 66 per cent polling was recorded in Tamil Nadu where people elected 38 of 39 Lok Sabha members -- voting in Vellore has been postponed -- and 18 members to the state Assembly in bypolls.

After initial dull moments, the voting picked up dramatically in Odisha, which is electing five Lok Sabha and 35 Assembly members, to reach around 64 per cent.

In Bihar, over 62 per cent voting was reported in five of 40 Lok Sabha seats that went to polls in the phase. According to officials, polling was peaceful, save a reported incident of a paramilitary trooper at a polling booth opening fire and clashes between supporters of different parties.

People in about a dozen villages in all five constituencies boycotted the elections to protest against lack of development.

After a dull start, voting zoomed in Maharashtra to elect 10 of the 48 Lok Sabha members to around 57 per cent though it was expected to go up.

A voter smashed the EVM while casting his vote in the state`s Akola Lok Sabha constituency.

The voter, Shrikrishna Ghyare, was taken into custody. The motive behind the action was not immediately known, police said.

However, the EC official said that Ghyare had only broken the balloting unit and the control unit or the VVPAT, placed a foot away with the election officials were safe.

In Chhattisgarh, Mahasamund, Rajnandgaon and Kanker, which went to polls on Thursday, recorded nearly 71 per cent turnout.

Polling was largely peaceful, save in Kanker where an assistant school teacher who was on election duty at Antagarh booth died of cardiac arrest. Maoists made a failed attempt to disrupt polling at Mohla area under Rajnandgaon seat by triggering an IED blast.

Polling was held in five seats in Assam, and one seat each in Manipur and Puducherry.