As Sumalatha has upset the poll equations in Mandya, much to the discomfort of coalition partners Congress and the JD(S), three other Sumalathas have surfaced, all of whom are contesting as independents. 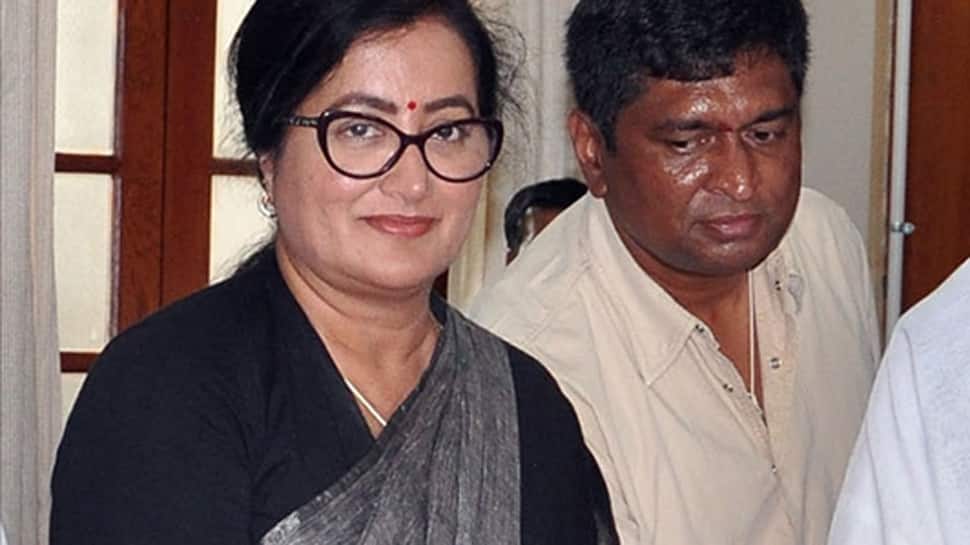 Bengaluru: As many as four Sumalathas are contesting from Mandya Lok Sabha constituency, including the multi-lingual film actress, who is standing as an independent candidate against Chief Minister H D Kumaraswamy's son Nikhil.

As Sumalatha has upset the poll equations in Mandya, much to the discomfort of coalition partners Congress and the JD(S), three other Sumalathas have surfaced, all of whom are contesting as independents.

While the actress has given her addresses as J P Nagar in Bengaluru as well as Dodda Harasinakere in Maddur in Mandya district, the other three are from Mandya and Ramanagar districts.

Widow of popular Kannada film actor Ambareesh, Sumalatha has stated in her affidavit that she has passed SSLC.

The affidavit submitted by M Sumalatha, wife of Manje Gowda, said she is from KR Pete in Mandya and has passed eighth standard.

Another Sumalatha is wife of Sidde Gowda and hails in Mandya. She has completed her seventh standard.

The only postgraduate among them is Sumalatha P, an MSc, from Kanakapura in Ramanagara district, wife of Darshan K.

Reacting to the three other Sumalathas contesting against her, the actress said she had received this information at least a month back.

"People told me a month before that such things will happen. It is their strategy. They told me to field namesakes against them, but I said no," said Sumalatha.

She said it was obvious why 'they' are doing so, an apparent reference to her political opponents.

"There is fear behind it. They have resorted to backdoor politics out of fear of losing the elections. It is evident they don't have strength for a straight fight," Sumalatha said.

Nikhil is facing a tough contest in Mandya as there are differences between JDS and Congress workers at the grassroot level.

Congress workers are miffed with the party for having conceded the seat to JDS, which currently holds it.