Dushyant Chautala, sitting MP of Hisar, was fielded by the JJP-AAP alliance. 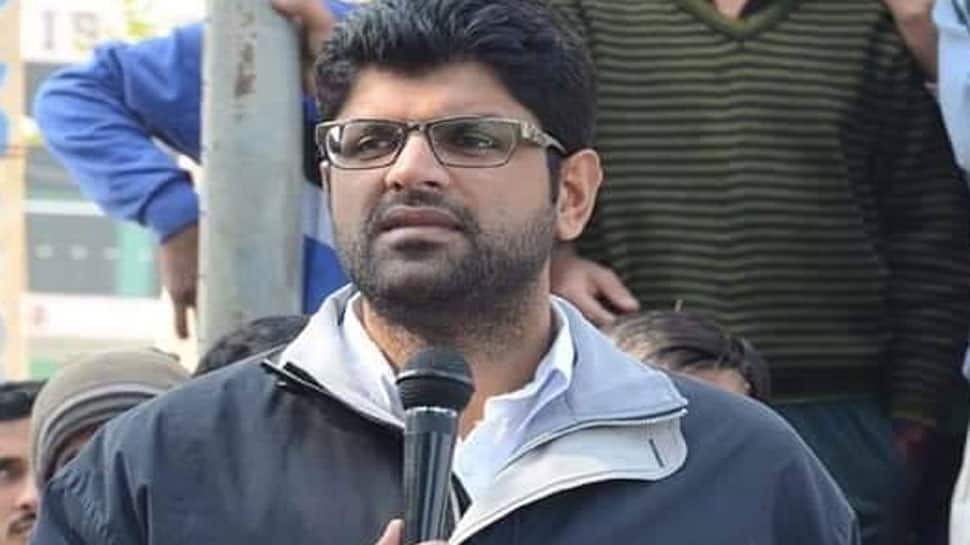 New Delhi: After suffering defeat at the hands of BJP's Prem Lata from Hisar's Uchana Kalan in 2014 Assembly polls in Haryana, former INLD leader Dushyant Chautala was this time trounced by her son Brijendra Singh in Hisar Lok Sabha seat.

Dushyant Chautala, sitting MP of Hisar, was fielded by the JJP-AAP alliance.

In the 2019 Lok Sabha elections, three great-grandsons of Devi Lal were in the fray albeit not from the same party, after the Chautala clan split last year following a bitter family feud.

With Devi Lal's son Om Prakash Chautala being in jail in connection with the teacher recruitment scam, his son Ajay Chautala (father of Dushyant Chautala) had broken away from the Indian National Lok Dal (INLD) and formed Jannayak Janata Party (JJP) which later formed an alliance with the Aam Aadmi Party (AAP) in the state.

The political rivalry between the Brijendra Singh's family and Chautalas is not new in Hisar.

Both families having a long political history and stronghold in the state.

While Brijendra is the son of BJP MLA from Uchana Kalan Prem Lata and Union Minister of Steel Chaudhary Birender Singh, Dushyant is the grandson of former Haryana Chief Minister Om Prakash Chautala.

Uchana Kalan is a political bastion of the Singh family from where Chaudhary Birender Singh himself has been a five-time MLA and his wife is the sitting MLA.

46-year-old Brijendra Singh made his electoral debut in the Lok Sabha elections after quitting his two-decade-old bureaucratic career.

In April, he took a voluntary retirement from HAFED where he was employed as an MD to fight Lok Sabha election on a BJP ticket from Hisar seat.

He has defeated sitting Indian National Lok Dal (INLD) MP Dushyant Chautala by a margin of 3.14 lakh votes. In the general elections, which concluded on Thursday, Brijendra got 6.03 lakh votes and Dushyant polled over 2.89 lakh votes.

Dushyant, even after winning Hisar Lok Sabha seat on INLD ticket in May 2014, had decided to give a fight to Brijendra's mother Prem Lata who fought on a BJP ticket from Uchana Kalan in the assembly election held same year in October.

However, Dushyant was defeated by a margin of 7,480 votes.

In 2009 assembly elections, Dushyant's grandfather Om Parkash Chautala had also contested against Birender Singh, whereas in 2014 his wife had contested the election while the Chautalas had fielded Dushyant.

Birender Singh was then nominated to Rajya Sabha and became a Union Minister in the Modi government.

Chaudhary Birender Singh is the great-grandson of Sir Chhotu Ram, the illustrious farmer leader, and has always been seen as a successor to the political heritage of the family.