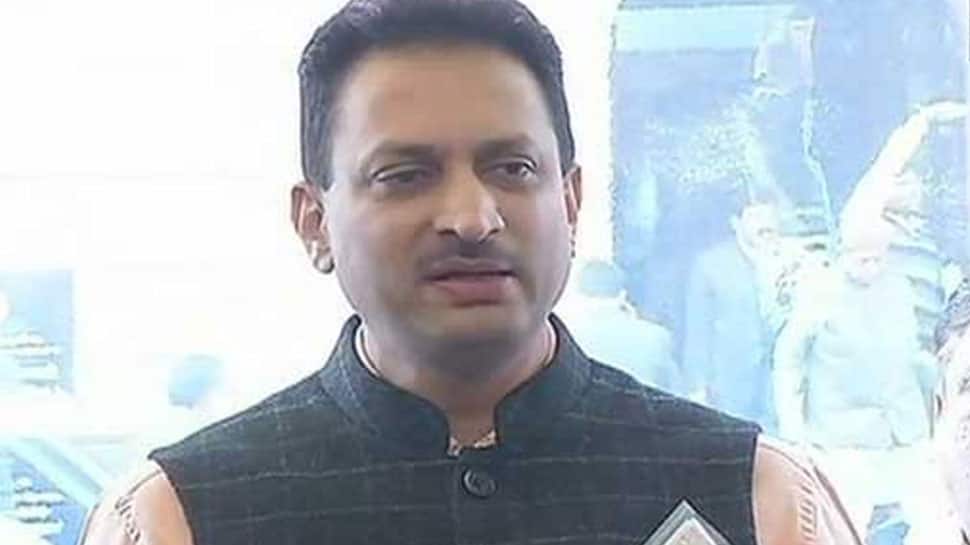 Taking to Twitter, the Bharatiya Janata Party (BJP) leader said that he is glad that after 70 years today's generation debates in a changed perceptional environment. He added that this gives good scope for the condemned to be heard upon. Hegde also claimed that Godse would have finally felt happy with this debate.

However, within an hour, Hegde deleted his tweet asserting that his Twitter account was "hacked since yesterday". He dismissed his earlier tweets saying that there is "no question of justifying Gandhi's murder. There can be no sympathy or justification of Gandhi ji's murder"

"My Twitter account has been breached twice in the past one week and certain tweets have been posted on my timeline which has been discarded and deleted.  Regret the posts attributed to me. My account was hacked since yesterday. There is no question of justifying Gandhi ji's murder. There can be no sympathy or justification of Gandhi ji's murder. We all have full respect for Gandhi ji's contribution to the nation," tweeted Hegde.

Earlier the deleted tweets read, "Am glad that 7 decades later today's generation debates in a changed perceptional environment and gives good scope for the condemned to be heard upon. #NathuramGodse would have finally felt happy with this debate!" 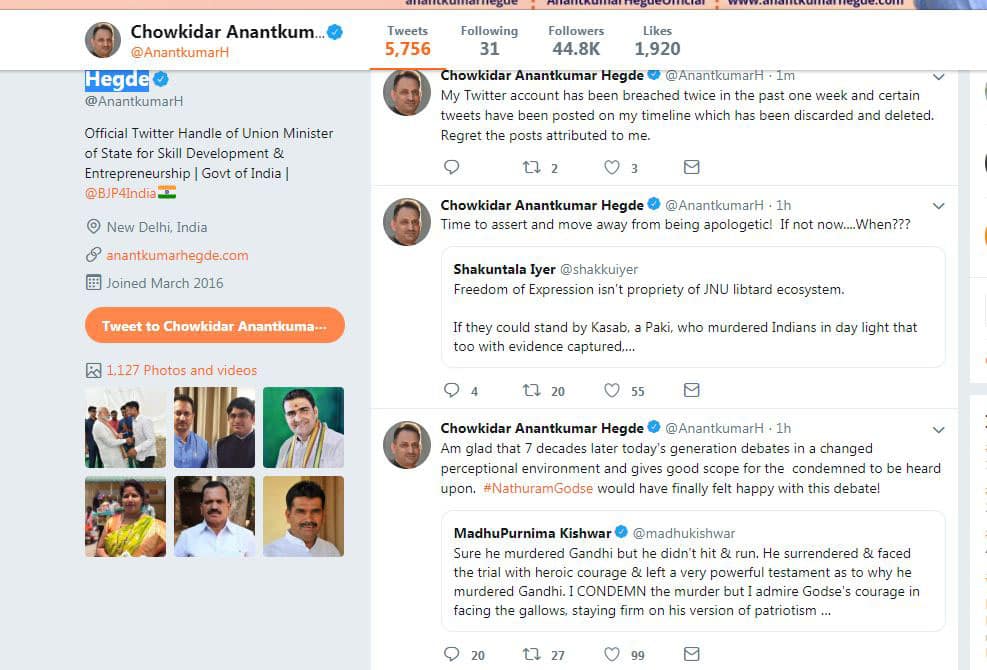 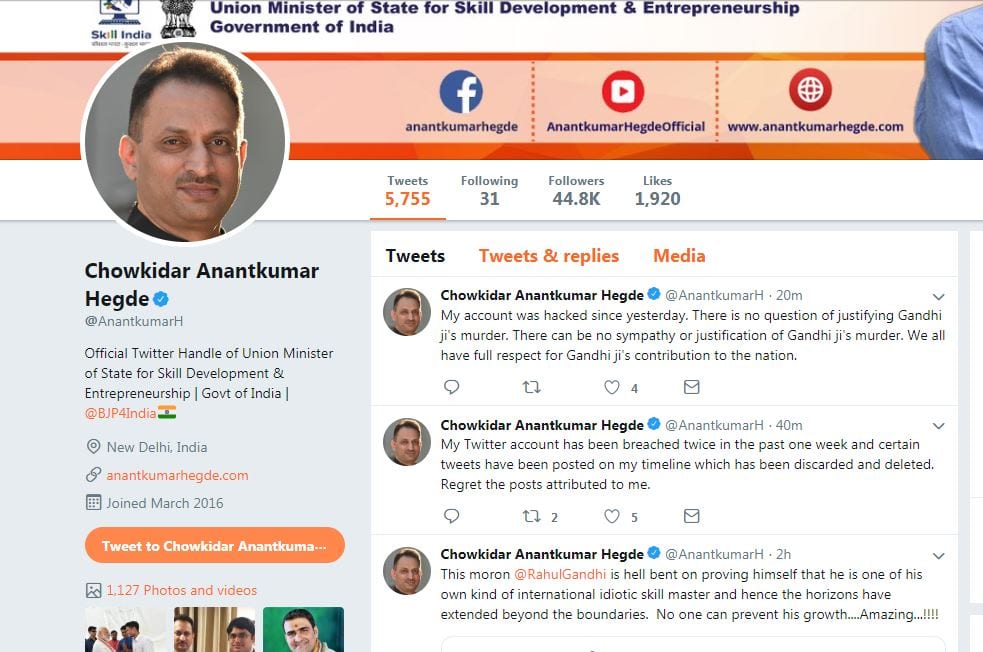 In the recent developments, actor-turned-politician Kamal Haasan courted controversy when he referred to Godse and said 'independent India's first terrorist was a Hindu.' Hasaan, however, has refused to budge an inch from his remark.

On Thursday, Thakur courted controversy for saying, "Nathuram Godse was a 'deshbhakt' (patriot), he is and will remain a 'deshbhakt'. Those calling him a terrorist should instead look at themselves. They will be given a befitting reply in this election." She said this in response to a question over Haasan's remark.

Calling her statement 'objectionable', Parashar said the party would summon her and seek clarification from her for her remarks. He added that the world knows that Father of the Nation Mahatma Gandhi was killed by Godse. However, after a severe backlash, she apologised for it and withdrew the statement.