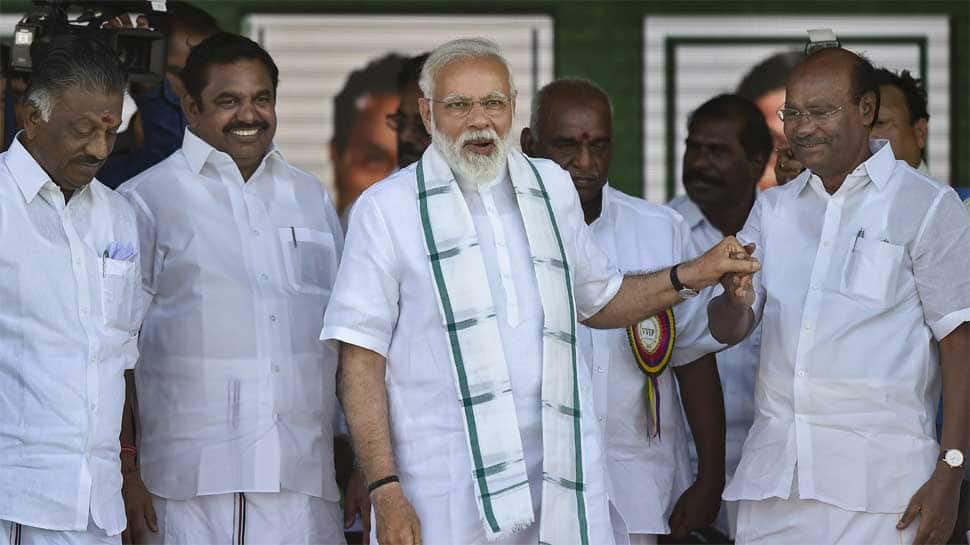 The AIADMK finalised its seat-sharing pact with the Desiya Murpokku Dravida Kazhagam (DMDK) on Sunday. Led by actor-turned-politician Vijaykant, the DMDK will contest on four Lok Sabha seats in the state.

"It has been decided to allot four seats to DMDK. In the bypolls to 21 Assembly constituencies, the DMDK will support the AIADMK," Deputy Chief Minister and AIADMK Coordinator  O Panneerselvam told reporters, as quoted by news agency PTI. The constituencies to be contested by the allies will be announced after consultations, he added.

The ruling AIADMK already has an alliance in place with the Bharatiya Janata Party, Pattali Makkal Katchi, Puthiya Tamizhagam and All India N.R. Congress. PMK is set to contest on seven seats, BJP on five, Puthiya Tamizhagam from one. The single seat from Puducherry, a Union Territory, will be contested by AINRC.

After days of dilly-dallying, the party officially announced their electoral pact with DMDK. The announcement came soon after the Election Commission declared the schedule of Lok Sabha election 2019.

Opposition DMK has also entered an alliance with Congress, VCK, IUML, MDMK and CPI-M and CPI.

Of the 18 seats, 16 fell vacant following the disqualification of ruling AIADMK MLAs loyal to TTV Dhinakaran. The bypoll to Tiruvarur seat was necessitated by the death of DMK patriarch M Karunanidhi while the Hosur seat fell vacant following the disqualification of Minister K Balakrishna Reddy after his conviction by a court in over a decades-old criminal case.

The results for both the Lok Sabha and Assembly bypolls would be announced on May 23.