The Hyderabad MP dubbed PM's remark on minorities as hypocrisy. 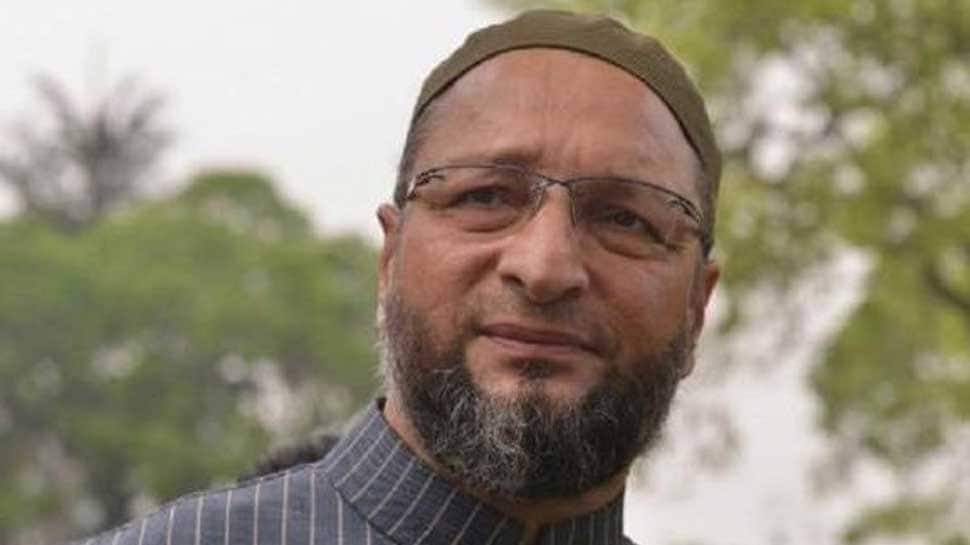 HYDERABAD: Newly-elected Hyderabad MP and AIMIM chief Asaduddin Owaisi on Sunday lashed out at the Prime Minister for his 'minorities made to live in an illusion of fear' remark and asked him to ensure that Muslims are not lynched by cow vigilantes if he really cares about them.

"As given in our Constitution, Right to Life is for human beings and not animals. I am sure that if Prime Minister realises it, then fear among minorities will go away," the AIMIM MP said while talking to news agency ANI.

The Hyderabad lawmaker also sought to remind the PM about a mob lynching incident in Madhya Pradesh's Seoni where three youths were beaten up badly over suspicion of possessing beef.

"If Prime Minister seriously believes that the minorities live in fear, then will he stop all mob-lynching gangs who in the name of cow killing, lynch Muslims, beat them, take out their videos and demean Muslims. What happened in Madhya Pradesh is an example," he asked.

Coming down heavily on the PM, the AIMIM leader sought to know from him how as to how many Muslim MPs are there in his own party who got elected from Lok Sabha.

"If Muslims seriously live in fear can the Prime Minister tell us, out of the 300 odd MPs, how many Muslim MPs he has in his own party who got elected from Lok Sabha? This is the hypocrisy and contradiction which the PM and his party are practicing from last 5 years," the AIMIM chief said.

A Owaisi: If Muslims seriously live in fear can the PM tell us, out of the 300 odd MPs, how many Muslim MPs he has in own party who got elected from Lok Sabha? This is the hypocrisy & contradiction which the PM & his party is practicing from last 5 years. https://t.co/yMHLrFIXV4

Owaisi was reacting to PM Modi's speech through which he attempted to reach out to the minorities, saying there will be no discrimination against anyone on the basis of caste, sect, and religion and gave a new slogan of "trust of all".

PM Modi made these remarks while addressing the newly-elected NDA MPs in the Central Hall of Parliament on Saturday evening after being elected the BJP parliamentary and NDA leader.

During his speech, the PM accused the political parties of using the minorities for vote bank politics.

"They were kept in illusion, the climate of fear and insecurity. They were misled by deceit. It would have been better if they were given education so that some good leaders emerged from the community, which could have become equal to other sections," PM Modi said.

"But for the sake of vote bank politics, they were kept away from everything. Today I appeal to all that we have to break that deceit on minorities. We have to gain their trust. We have to move shoulder to shoulder without discriminating on the basis of caste, sect and religion. We are for 130 crore people. These should be our priorities and responsibility. `Sabka Sath, Sabka Vikas aur ab Sabka Vishwas (Everyone`s support, everyone`s development and now everyone`s trust). This is our mantra. I will leave no stone unturned and I will work for all citizens of India," he told the newly-elected NDA MPs.