The Congress chief is in the fray from Amethi for the fourth time in the Lok Sabha Election 2019 and has been pitted against Irani, who had lost to him in 2014. 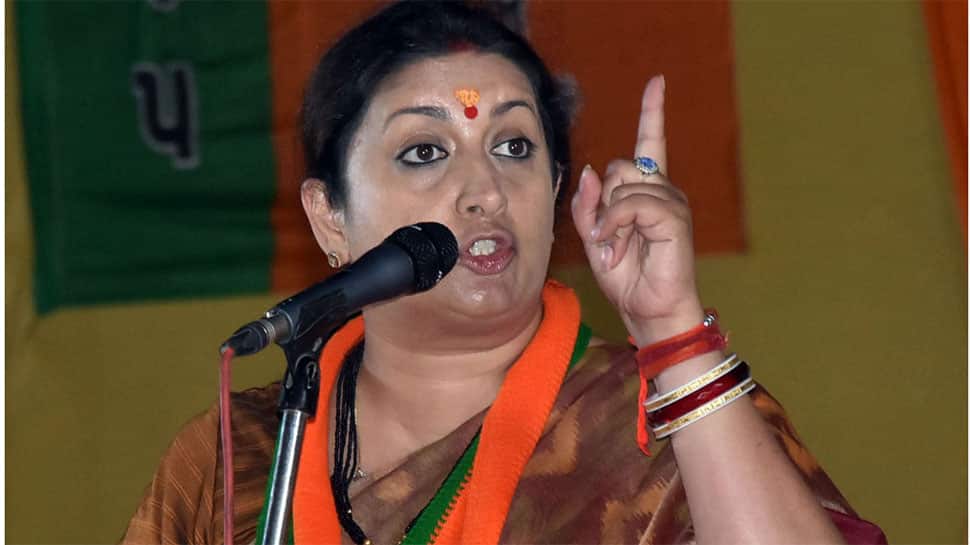 LUCKNOW: Union textile minister Smriti Irani, BJP's candidate from Amethi Lok Sabha seat, lashed out at Congress president Rahul Gandhi on Wednesday at an election rally here, accusing him of neglecting the development in the region.

Calling him a "missing MP since last 15 years", Irani referred to the MPLAD (Members of Parliament Local Area Development) fund, and said that "Rahul had 75 crores rupees in 15 years so that he could do developmental works in the region but these 75 crore rupees were not used for the public," reported news agency ANI.

The Congress chief is in the fray from Amethi for the fourth time in the Lok Sabha Election 2019 and has been pitted against Union minister Smriti Irani, who had lost to him in 2014.

In the 2017 Uttar Pradesh Assembly polls, the BJP had won four of the five seats under Amethi Lok Sabha constituency, while the fifth seat went to the Samajwadi Party. The SP-BSP combine has not fielded any candidate from Amethi in the general election this time.

Speaking to the public, Irani alleged that there was no toilet constructed for any poor family.

"Amongst all those who are sitting here, is there anyone in whose home Rahul has constructed a toilet?" she questioned.

“What has Prime Minister Narendra Modi done? Prime Minister Modi provided two lakh toilets to the poor families in Amethi. Missing MP (Rahul Gandhi) shows dreams but could not build a toilet for the sake of the dignity of women, and the party for which you did not vote to make it win the seat that lotus bloomed the flowers of development here," she said, reported ANI.

Referring to schemes launched by BJP-led NDA government, Irani said that PM Modi ensured toilets, cooking gas cylinder, gave 4000 rupees to farmers and healthcare treatment of Rs 5 lakh. She added "Darkness will prevail" if Modi does not get votes and all developmental schemes will end.

The election in Amethi will be held on May 6, 2019, as per the Phase V schedule announced by the Election Commission of India.