Irani said the Gandhi family can bring family members from within the nation or from Italy but they will lose to PM Modi. 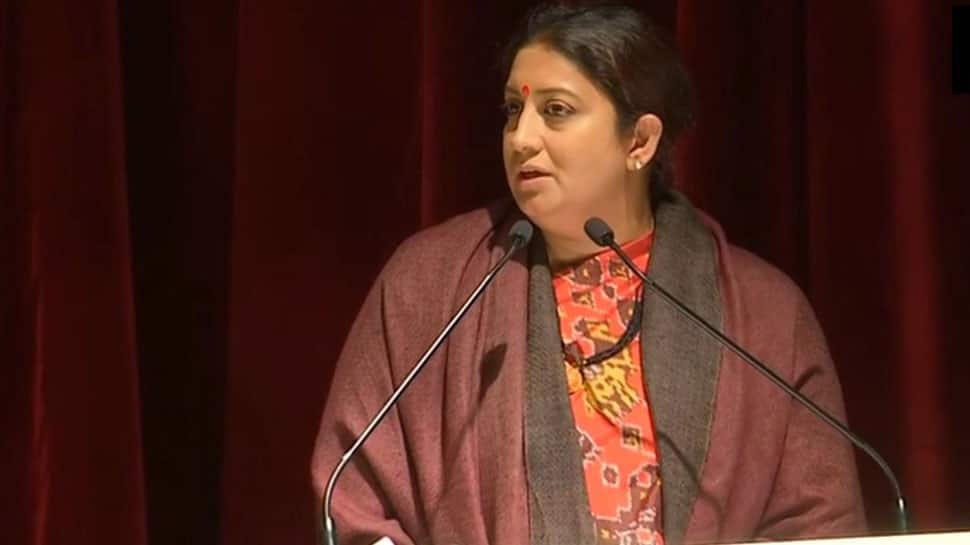 Union Textile Minister Smriti Irani called Congress a sinking ship and trained her guns on the party challenging the Gandhi family to field any family member from the Varanasi Lok Sabha seat against Prime Minister Narendra Modi, adding that ultimately he will emerge the winner.

In an exclusive interview to Zee News on Saturday, she said the Gandhi family can bring family members from within the nation or from Italy but they will lose to PM Modi. Her comment follows reports that Congress General Secretary Priyanka Gandhi Vadra might contest from Varanasi Lok Sabha seat against PM Modi.

The BJP candidate from Amethi Lok Sabha seat slammed party president Rahul Gandhi alleging that even after winning from the Amethi seat (in 2014 election) he deserted the people and ran off to Kerala's Wayanad to fight the 2019 Lok Sabha election.

She claimed that it has happened for the first time in Indian politics that party workers are writing to Congress president asking him to contest in another seat as Amethi isn't safe for him. She added that Rahul lacks leadership qualities.

Irani has been fielded against Congress president Rahul Gandhi from Amethi seat.

"I've nothing to fear in Amethi. It is Rahul Gandhi who fears as he left Amethi behind to contest from Wayanad. For the first time in Indian politics, it has happened that the party workers are writing to party president has been asking him to contest in another seat as this seat (Amethi) isn't safe for you. Rahul Gandhi lacks leadership qualities," said Irani.

Irani claimed that several Congress leaders in Amethi are joining the BJP as they no longer want to be a part of Congress.

Speaking on the temple politics of Rahul Gandhi, Irani said, "I believe that whoever tries to deceive God, he will never spare the human. The public has well understood the drama that he created over the sacred thread."

"Rahul Gandhi goes to the temple to do politics in UP and North India and why do they suddenly take the flag of Muslim League after going to Kerala? Rahul Gandhi did not answer it yet," added Irani.

Speaking on the move made by the SP-BSP alliance of not fielding any candidate in Amethi or Raebareli against Rahul, she said that when SP did not field a candidate against Rahul still he is running away. "You can well imagine had the SP-BSP alliance fielded a candidate what would have been his situation. Rahul Gandhi is taking support and is also running away. Hardly anyone has ever seen Rahul Gandhi so scared," she added.