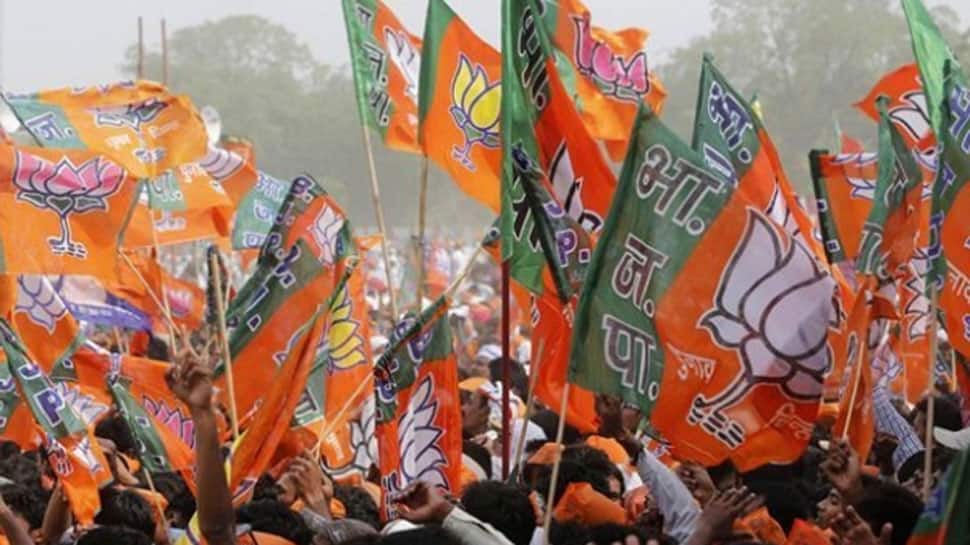 Of the 14 seats in the state, the BJP had conceded three seats to its allies - two to the AGP and one to the Bodoland People's Front (BPF).

In Kaliabor, BJP's Moni Madhab Mahanta was leading by 9995 votes against his Congress candidate Gaurav Gogoi.

In Tezpur, state minister and BJP nominee Pallab Lochan Das is ahead of MGVK Bhanu of the Congress by 3657 votes. The constituency has a sizeable Gorkha population.

In Mangaldoi, Silchar and Nowgong too, the BJP is currently taking the lead.

Dilip Saikia of the BJP is leading by 4408 votes over his Congress rival Bhubaneswar Kalita from Mangaldoi, while Rupak Sharma of the saffron party is ahead of Pradyut Bordoloi of the Congress by 14055 votes in Nowgong.

Dev is the president of All India Mahila Congress and daughter of former Union minister Santosh Mohan Dev.

In Kokrajhar and Dhubri, regional parties are currently taking the lead.

In Dhubri, sitting MP and AIUDF candidate Badruddin Ajmal is moving ahead of his nearest contender, Zabel Islam of the Asom Gana Parishad, by 22658 votes.

In Dibrugarh, Rameshwar Teli of the BJP is ahead of its Congress rival Paban Singh Ghatowar by a margin of 65047 votes, while in Jorhat, Tapan Kumar Gogoi of the saffron party is taking the lead over Sushanta Borgohain of the Congress by 3460 votes.